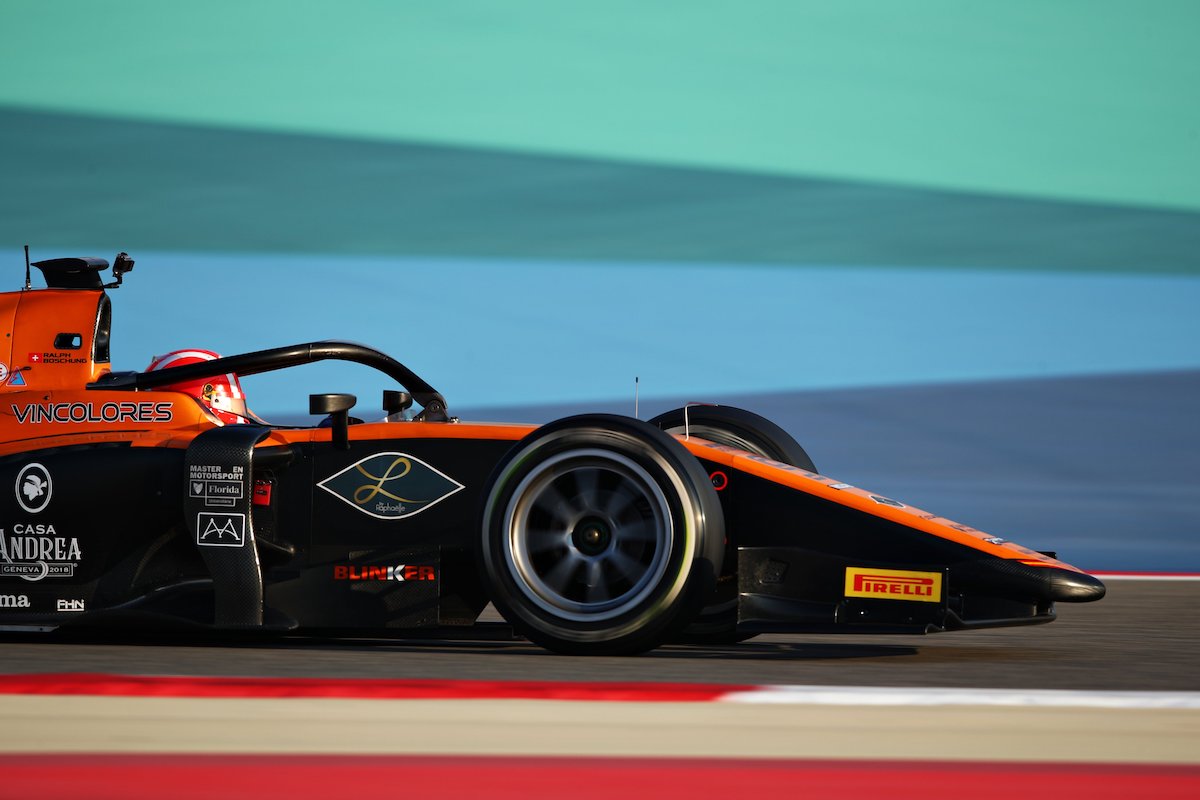 Campos Racing’s Ralph Boschung was the pacesetter in the morning session on day two of Formula 2’s post-season Bahrain test.

DAMS’ Marcus Armstrong was first to set a sub-2m00s lap, before 2020 championship runner-up Callum Ilott braved it out as the first to attempt a flying lap for Charouz Racing System.

Just 12 minutes into the three-hour session, Boschung set a 1m43.4s and that stood as the best lap for a 10 minutes before ART Grand Prix’s Theo Pourchaire and Christian Lundgaard went faster in quick succession.

Carlin’s day one pacesetter Jehan Daruvala got close to that at the half-hour mark, but moments later Boschung – who returned to F2 with Campos last weekend ahead of a full 2021 campaign – went faster again with a 1m42.244s.

For the next two hours Boschung and Daruvala sat at the top of the timesheet, with Hitech GP’s Liam Lawson and Juri Vips eventually slotting into third and fourth behind them.

With 10 minutes to go, Prema’s Robert Shwartzman was still yet to set a flying lap, and his team-mate Oscar Piastri had only set one at the very start of the session to they propped up the order. Similarly, Virtuosi Racing’s Guanyu Zhou was late to set his first flying lap, running at a slower pace for 37 laps before going full beans.