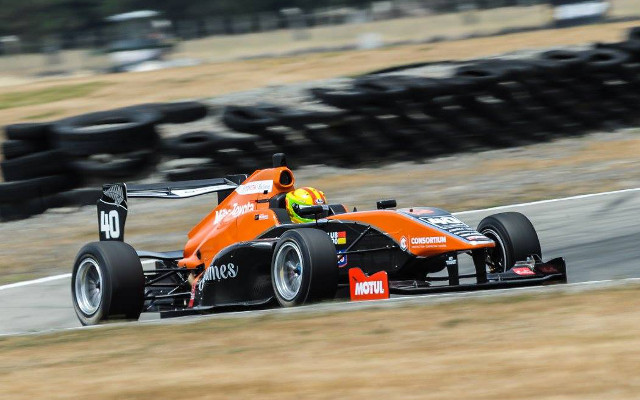 New Zealander James Munro has confirmed he will take part in his native Toyota Racing Series again at the start of 2016, remaining with the Giles Motorsport team.

It will be the 18-year-old’s third campaign in the series. He finished seventh in 2014 and won a race, before he had a more challenging 2015 run with the championship’s new car, placing ninth with a best finish of second.

Inbetween, he won the 2014 Formula Masters China Series for KCMG and then entered Japanese Formula 4 with the outfit this year, but left after two rounds despite a fourth at the opening round.

?I guess I?ve got a point to prove this time,? he said. ?I put myself in a few positions I shouldn?t have last summer.

?The main thing is to have a clean run and no problems in any of the races.

“If you can?t win you?ve got to finish every race and be as consistent as possible. I think we can be competitive up the front of the field.?