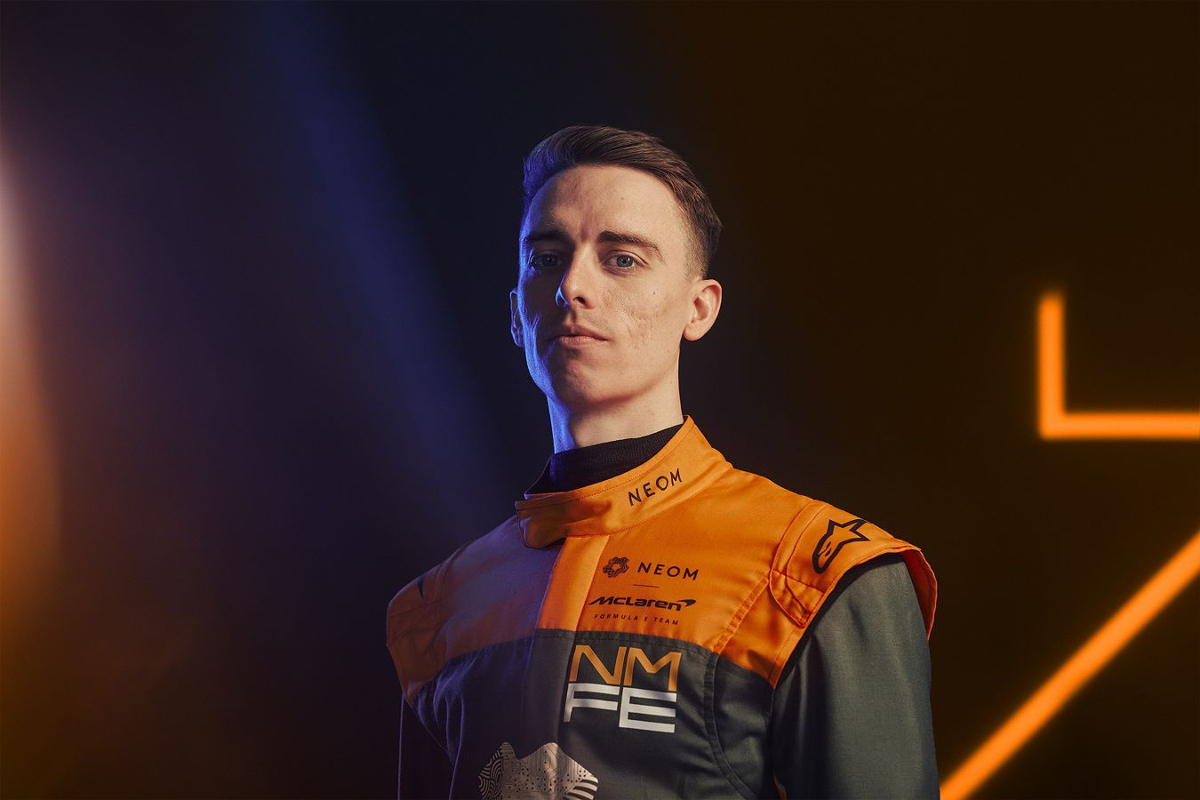 Jake Hughes has completed a personal mission to make it onto the Formula E grid by securing a seat with McLaren for next season.

The 28-year-old has been working in Formula E since 2020, joining Mercedes-EQ as a test driver and then becoming its full-time development driver during its title-winning seasons as well as reserve driver for its customer Venturi Racing.

Earlier this year he talked about his ambition to land a race seat for the 2022-23 campaign, the first of FE’s Gen3 era, despite Mercedes’ departure and Venturi becoming Maserati, and said he would be the series’ best prepared rookie.

“First and foremost, I’m very proud and feel very privileged to become part of the McLaren Racing family, being given the chance to represent such a prestigious brand,” said Hughes, whose Mercedes role also included Formula 1 work.

McLaren’s FE entry consists of most of the same personnel from the Mercedes team, including team principal Ian James, and so Hughes has in effect been given a job promotion even though he’s moved teams.

“Growing up, McLaren was one of the teams that inspired me to start racing. To now go full circle, representing the team myself in FE feels incredible. I’ve been with the FE team in a different guise before and we have already achieved great results. It’s good to have that relationship and I know what’s expected of me.

“Coming in at a time where a new generation car is introduced in the series excites me. It feels like a good opportunity and chance, especially being a rookie in season nine. It’s set to be a great year and I can’t wait to kick off the journey ahead.”

Hughes has had a long and successful junior single-seater career, with his first major achievement being the BRDC British Formula 4 title in 2013.

He won four races from two years spent in Formula Renault 2.0, then moved up to the tertiary tier of single-seaters in 2016 by competing in GP3 and Formula 3.

Hughes won twice in his rookie GP3 campaign, won once in FIA European F3 the year after then returned to GP3 in 2018 and added another win while also stepping down into the new Formula Regional category and going unbeaten in the nine races he contested in the Asian championship.

The next years were spent with the struggling HWA Racelab team in the new FIA F3 Championship, but he picked up three wins in two seasons and earned several opportunities to race in Formula 2 before finally landing a full-time move up to F1’s primary feeder series for 2022 with Van Amersfoort Racing.

But Hughes only completed just over half of the season before switching focus to his plight to make it into FE, and a technical infringement denied Hughes a maiden F2 podium early in the year.

“Jake is an exciting talent,” said James. “Over the years, the team and Jake have built a relationship, and that, combined with his sheer talent, will be what can give us an edge going into this season.”