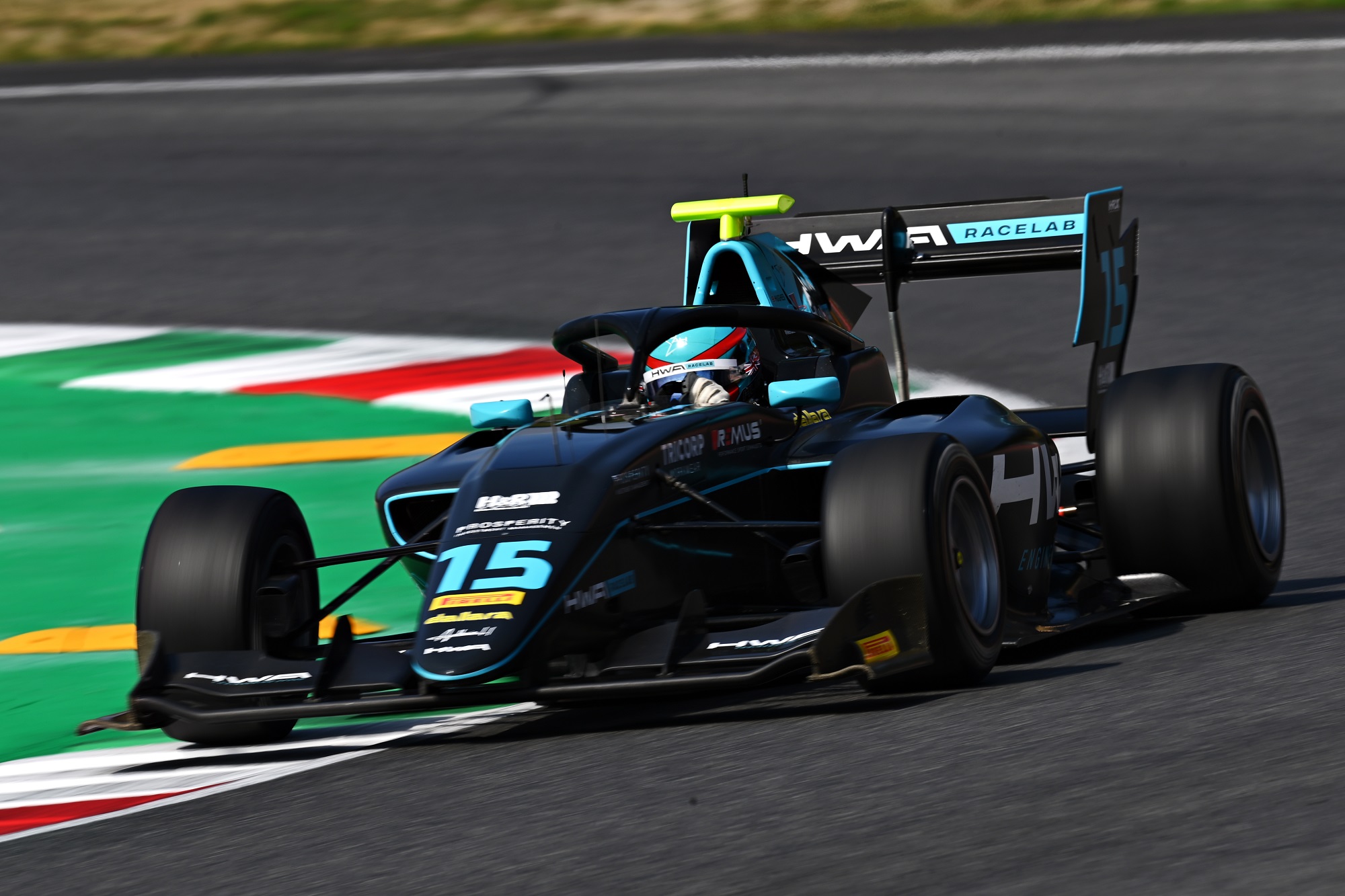 Jake Hughes has confirmed that 2020 will be his last year racing in FIA Formula 3, having made his debut in the championship in 2016.

Hughes debuted in the GP3 Series (now FIA F3) with DAMS four years ago and placed eighth in the drivers’ championship with two reverse-grid race victories. He switched to European Formula 3 with Hitech GP for 2017, ending up fifth in the standings before switching back to racing in GP3 in its final season with ART Grand Prix.

Hughes once again finished in eighth place with a single race win and he initially expected to move on from F3 after three seasons. The 26-year-old eventually reversed this decision and joined HWA Racelab for the 2019 and 2020 seasons.

He improved to seventh place in his first season with the German outfit in the re-branded FIA F3 and Hughes was in that exact position prior to the final round of the 2020 F3 season at Mugello.

Hughes qualified third for the opening race – although he’ll start from the front row due to a penalty for Prema’s Logan Sargeant – and confirmed in the post-qualifying session that this will be his last year in F3.

HWA’s time running Mercedes cars in the DTM came to an end after 19 seasons at the end of the 2018 season when the German manufacturer withdrew from the series. It also competed in Formula E’s fifth season with what became the works Mercedes team, for which Hughes has done testing and simulator work. It sits 10th out of 11 teams in this year’s F2 championship – its first full season in the series.

Hughes said he was having “good conversations” with teams for a 2021 programme but nothing has been signed.

“I don’t have anything signed if that’s really what you’re kind of insinuating,” Hughes replied when asked by Formula Scout about his 2021 plans.

“I have some good conversations going on for sure, I think I’ve been driving at an extremely high level, especially this year, and I know I would be able to win races and championships in the highest level, so hopefully I get that chance.”

Zendeli secured the four bonus points for his second FIA F3 pole of the year, demoting Hughes to his eighth place in the drivers’ championship with two races to go.