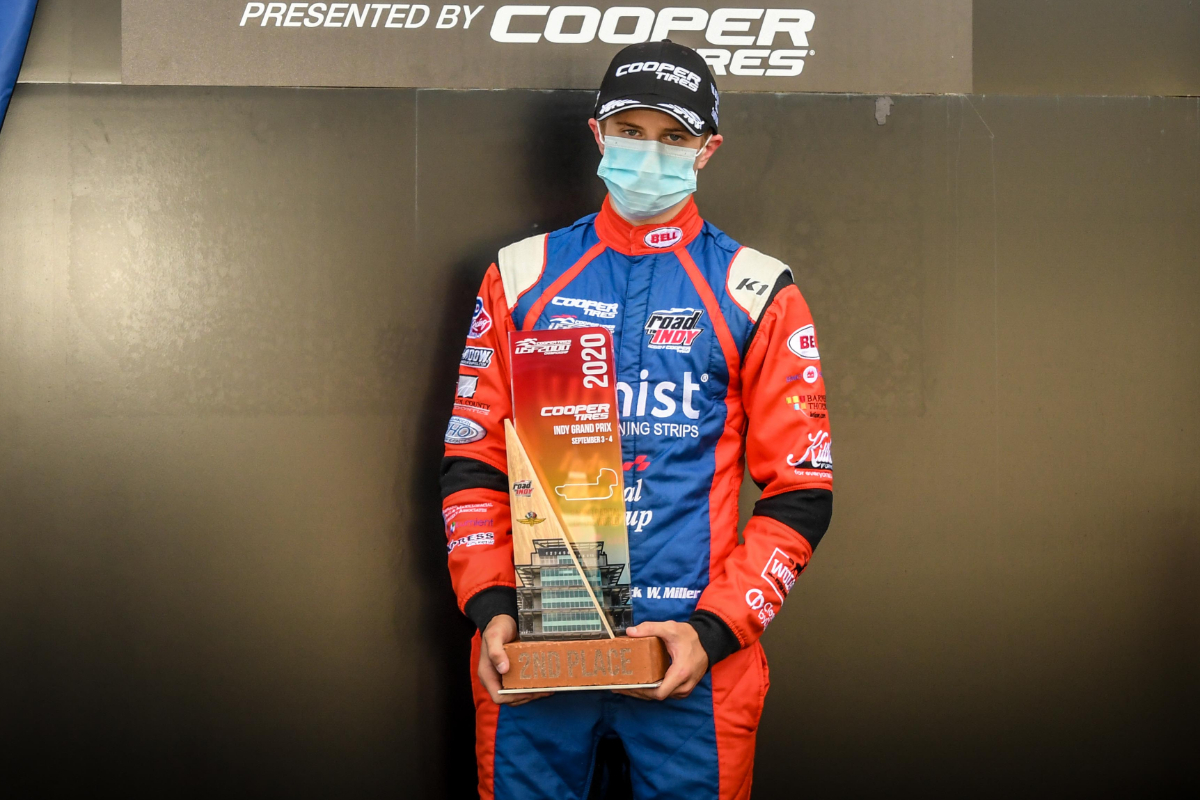 Jack William Miller will step up to Indy Pro 2000 next year with the Miller Vinatieri Motorsports team co-owned by his father and former IndyCar racer Jack Miller.

It ran Miller Jr and Eduardo Barrichello in its first season there, then brought in Max Kaeser and Kent Vaccaro alongside Miller for 2020.

Miller claimed two podiums and a fastest lap on the way to eighth in the points, and the team has bought a IP2000-spec Tatuus chassis to support his 2021 move into the next step on the Road to Indy.

“2020 was a huge improvement from 2019, and we really came on strong with the engineering changes that we made,” said Miller.

Miller is the third driver to commit to IP2000 next year, after Braden Eves (Exclusive Autosport) and Reece Gold (Juncos Racing).

Vaccaro will remain with MVM in USF2000 as a one-car entry. There are currently no plans to expand to a two-car programme in either series.