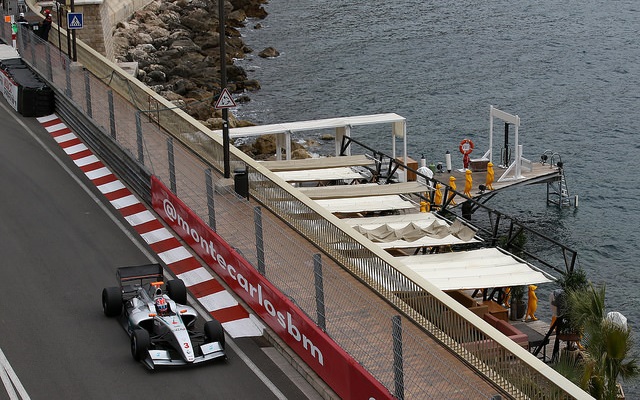 Jazeman Jaafar continues to impress in Monaco, having converted a pole position into his maiden win in Formula Renault 3.5.

He will also leave the track with the championship lead after both Oliver Rowland and Matthieu Vaxiviere, the drivers ahead of him in the standings, hit trouble during the race.

Starting from second, Rowland got a better launch than Jaafar and was close to take the lead, only to suffer a puncture after Vaxiviere hit his rear at turn one.

The Frenchman’s mistake also caused Nyck de Vries, Tio Ellinas and Gustav Malja to drop down to the back of the order, the Swede even retired after his car stopped.

Alfonso Celis was also an early victim of the race, having lost control of his car at the chicane after Tabac.

The race got red-flagged when Meindert van Buuren collected Bruno Bonifacio‘s car while braking into turn one, both of them hitting the barriers at high speed. Bonifacio was taken by stretcher to hospital after the incident for checks.

After the restart, Rowland was the one to provide the action, having recovered from 12th to sixth with impressive overtakes at various corners including Mirabeau and the Swimming Pool.

It was all calm at the front with Jaafar staying in the lead until the finish ahead of Dean Stoneman and Tom Dillmann.

Aurelien Panis managed to hold off Rowland for a respectable amount of time but ultimately the Frenchman had to settle for seventh followed by Indonesian Sean Gelael and?FR3.5 debutant Alex Fontana.

De Vries managed to finish inside the top ten despite being one of the victims of the incident at the start.

UPDATE: De Vries has been relegated to 11th due to a 10-seconds time penalty. Philo Armand inherits the final top ten position to collect his first point of the season.

Aitken doubles up in Formula Renault 2.0 Alps at Spielberg