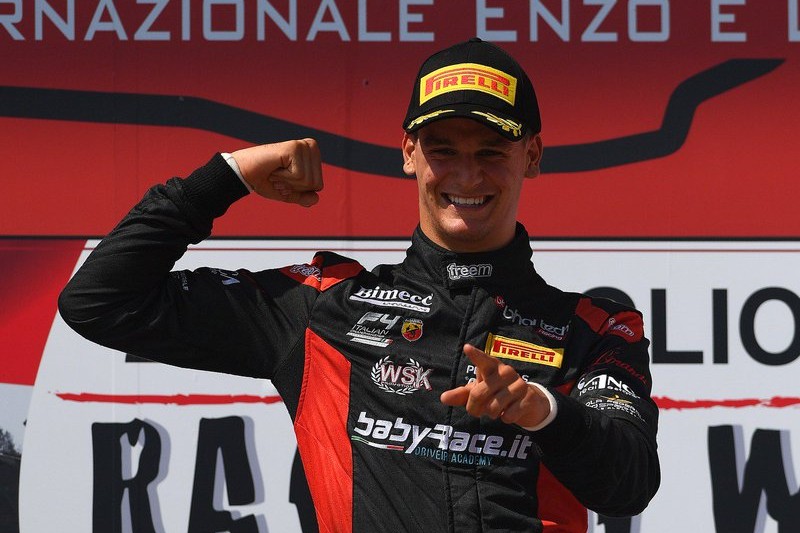 “Happy to tell you that this weekend I?ll be racing at Monza with RP Motorsport in Euroformula Open! Super excited about it and can?t thank enough everyone involved for the opportunity,” Lorandi declared on his Instagram.

With one round remaining, Lorandi currently heads Ferrari Driver Academy member Enzo Fittipaldi by nine points in the Italian F4 standings, where he drives for the Bhaitech team.

He has five race wins, three poles and four fastest laps, and won once last year in his debut season. In a nine-race stint in ADAC F4 earlier this year with Monisha Kaltenbourn’s KDC Racing he got a best finish of sixth.

“Of course, I?m looking forward to driving the Dallara! I have so much to learn but considering how experienced RP Motorsport is, it will make things a bit easier?

Frederick graduated to cars in 2016, competing in Formula Ford in his home country. For 2017 he competed full-time in USF2000, finishing fourth in the standings with five podium appearances. He stayed in the series for this year, but could only manage sixth in the standings in a difficult season.