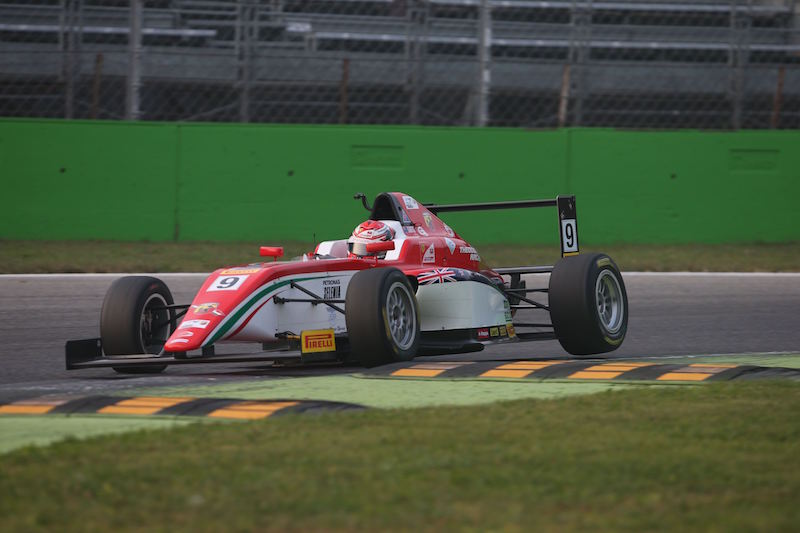 Italian Formula 4 championship leader Marcus Armstrong took pole in the first qualifying session for the Monza season finale, but was last in the second session after a technical issue.

Ferrari junior Armstrong was quickest by a third of a second in the opening session to claim pole for race one, with Lorenzo Colombo edging Armstrong’s title rival Job van Uitert to second position by just one thousandth of a second.

Armstrong was then 19th and slowest in the subsequent second session, completing only four laps due to “an engine-related problem”.

It means he will have to start from the back of the grid in race two, when Colombo will be on pole after beating Artem Petrov to the fastest time by 0.042s.

The problem could also have left Armstrong seriously out of position for the finale, when the grid is set by the best of the drivers’ second fastest times from the two qualifying sessions.

His second-best time from the opening session however was good enough to put him fifth on the race three grid.

Armstrong may well secure the title before he has to line up at the back of the grid for race two, as he takes a 53-point advantage over Van Uitert into the opening race, and will therefore move out of reach if he beats the Jenzer driver.

Van Uitert was on provisional pole in the opening session until being bettered by Armstrong with only 10 seconds remaining and then relegated to third by Colombo.

In the second session he was fourth behind Sebastien Fernandez, and will start third for the finale behind Fernandez and ahead of Petrov.