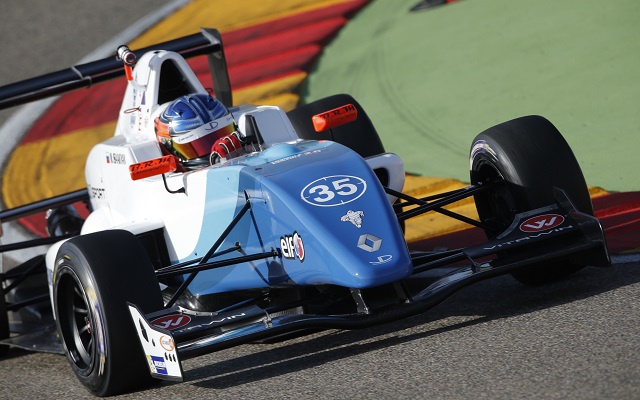 Matevos Isaakyan and Louis Deletraz topped the two Friday sessions of the first Eurocup Formula Renault 2.0 weekend of the season at Aragon.

The Russian finished two and a half tenths ahead of FR2.0 NEC runner-up Deletraz, while Anton de Pasquale in third was the best rookie of the session.

Swiss driver Jorg and Frenchman Anthoine Hubert finished just behind the Australian, being only 0.004s and 0.013s slower respectively.

Matthew Graham, a late addition to the field, started with sixth leading a British trio completed by Ben Barnicoat and Harrison Scott.

Although Deletraz ended the second session on top by improving his time, he was still unable to beat Isaakyan’s benchmark time from the first practice.

His NEC rival Barnicoat was second fastest with Dennis Olsen completing the top three, ahead of Jorg.