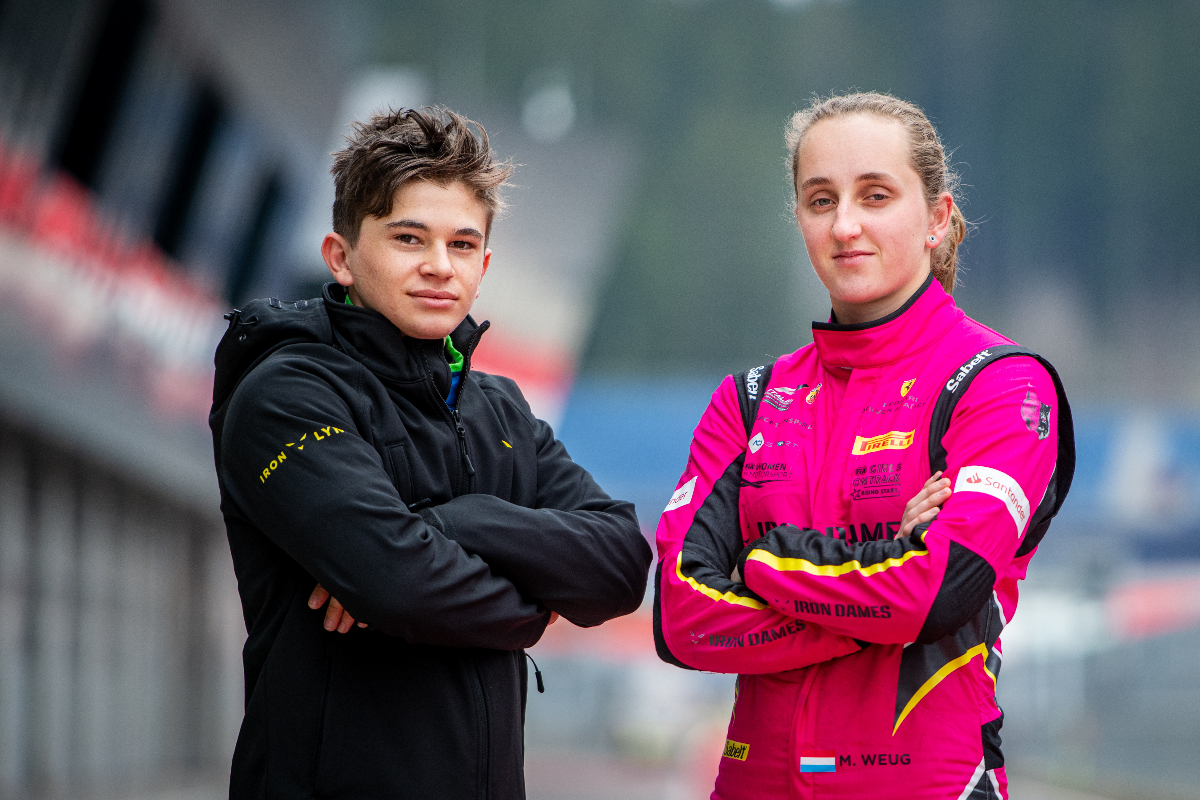 Iron Lynx has unveiled its Formula 4 line-up for 2022, with two Ferrari-affiliated female racers in its ranks.

Ferrari junior Maya Weug will stay with the team for a second year after coming 35th in Italian F4 in 2021, and will contest the entirety of that championship as well as select rounds in ADAC F4 where she picked up a ninth place as a guest last year.

Weug had initially been anticipated to join Prema for her sophomore campaign, but with the two teams coming under the same ownership and the fact Weug was part of the ‘Iron Dames’ programme it means she has not changed teams.

She will be joined in Italy by Ivan Domingues, who tested with Iron Lynx at the end of 2021 before making his single-seater debut at the start of 2022 in F4 United Arab Emirates with Xcel Motorsport in the Tatuus T-421 car being introduced to Italy.

The Portuguese, who came 34th in the 2021 CIK-FIA European Karting Championship for OK karts as a rookie, impressed to come 16th in the standings with two podiums and one pole position.

Later in the year there will be a third car in Italian F4, run under the Cetilar Racing banner, for the already announced Niko Lacorte. The 14-year-old will be racing in karting until he is old enough to step up to single-seaters. On the karting scene there will be another Iron Lynx-supported driver, Matteo Pianezzola, who is racing on Rotax Senior karts.

Lacorte will conduct F4 tests through the first half of the year too, and will be joined by Laura Camps Torras who is Weug’s successor as winner of the Ferrari Driver Academy-affiliated Girls on Track Rising Stars programme of the FIA’s Women in Motorsport Commission. Her F4 test programme, which will result in her taking on official test and development driver status with Iron Lynx, is part of her prize for winning the programme.