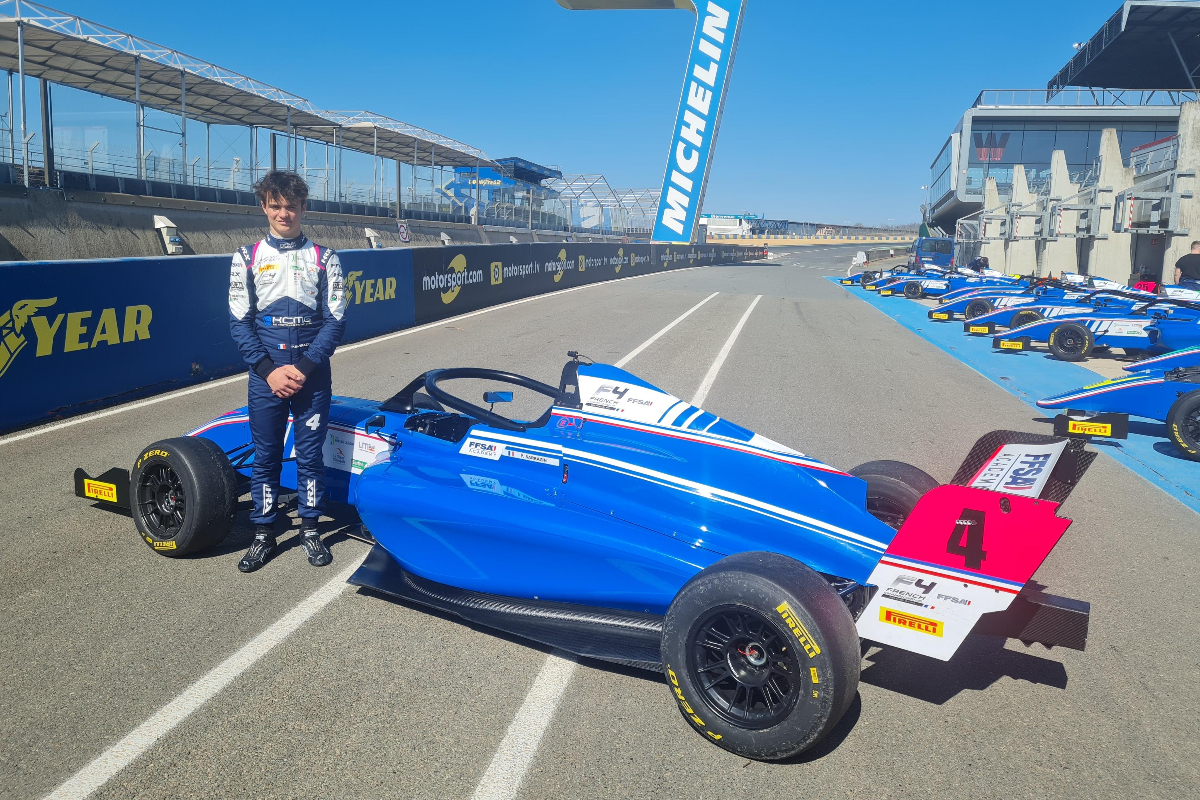 Pablo Sarrazin will race in French Formula 4 this year as a junior driver of the KCMG team that races in Super Formula.

The 16-year-old is the son of one-time Formula 1 starter and former Formula E, World Endurance Championship and World Rally Championship star Stephane Sarrazin whose WRC appearances in the last decade have been supported by KCMG.

The KCMG Driver Development Project was launched in 2021, and F4 racer Alex Dunne was the first single-seater driver on its books. The Hong Kong-based company also created the halo-shod car used in the Motorsport Games F4 Cup.

“I’m really proud to have been selected for the KCMG Driver Development Project,” said Sarrazin.

“It’s a great opportunity to join a great team so early in my career and I’m looking forward to making the step up to cars this season. The FFSA Academy and French F4 championship provides a great platform for development and I’m ready to give my all to have a successful year.”

Sarrazin made his single-seater debut in a guest French F4 appearance last year, and also began his rallying career in Latvia (due to the country’s lower minimum age). He will now embark on F4 full-time and will have Edoardo Liberati, a former Formula 3 racer who has been part of KCMG’s sportscar line-up in GT racing since 2018, as his coach and driver mentor.

“I’m very happy to continue my journey with the team,” said Liberati. “[KCMG DDP] is a great programme, it’s something very special and rare in motorsport, so I am delighted to be involved. I’m looking forward to helping our young drivers develop and grow both in and out of the car, giving them the tools they need for a successful racing career. Thanks to Paul Ip for trusting me in this role, I’m excited to get started!”

The next pre-season French F4 test is at Le Mans on April 5, with racing beginning at Nogaro on April 16-18.