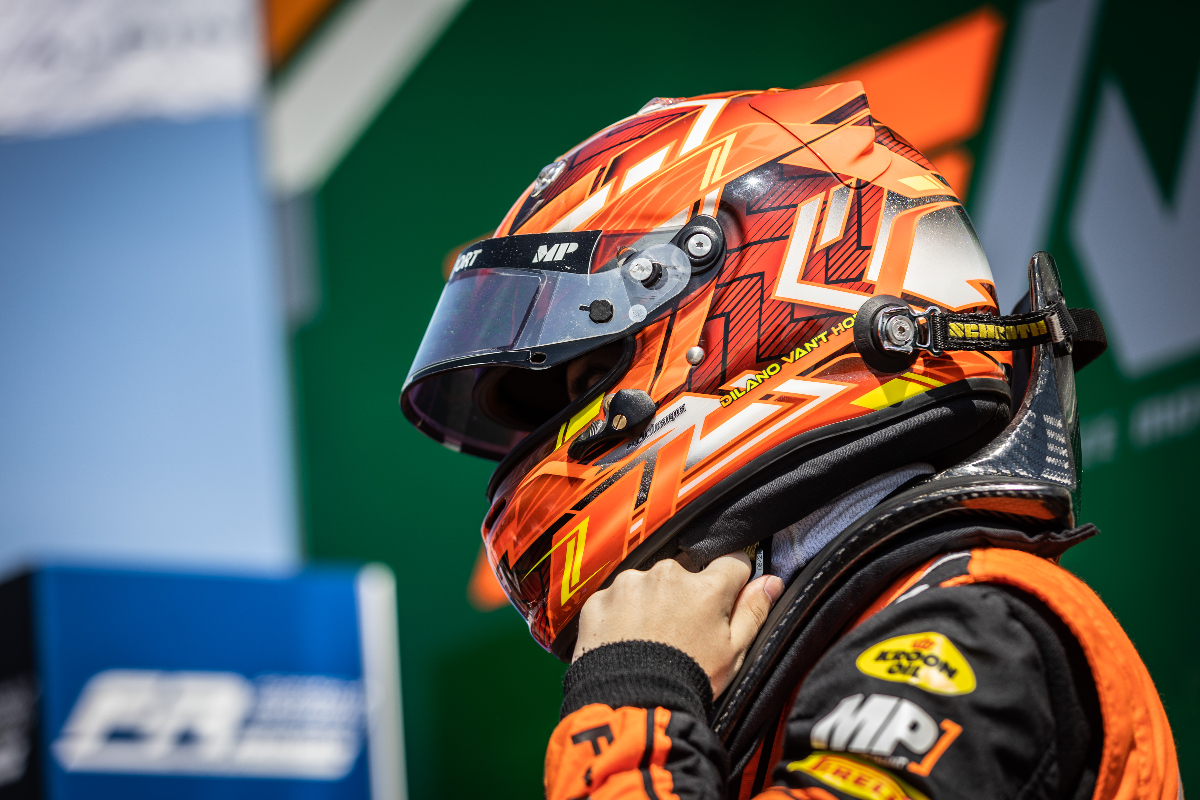 Francesco Braschi will move from KIC Motorsport to race for MP Motorsport in Formula Regional European Championship this weekend, taking the place of the injured Dilano van’t Hoff.

MP has only had two cars race for the past two rounds as van’t Hoff missed Paul Ricard after receiving medical treatment on a shoulder injury he sustained earlier in the season, then withdrew after the first free practice session at Zandvoort when the pain from the injury proved too much to be able to continue. It will remain on two cars as Michael Belov skips this weekend.

Van’t Hoff currently sits 30th in the standings, with a best finish of 18th from the five races he was able to contest.

“Unfortunatly I’ll be home until Spa-Francorchamps [round at the end of July],” the 17-year-old told Formula Scout.

“I had surgery one week before Monaco [on May 27-29], and then monaco must have hurt it even more. So then in Zandvoort it was too much. But its a lot better already.”

Braschi is one place above van’t Hoff in the points, with a best finish of 17th, and his move to MP means he will have driven for three different teams in FRegional this year having started 2022 contesting the category’s Asian championship with 3Y Technology by R-ace GP. He did three rounds in that series and scored three points.

“I am really happy to drive for MP, for me it is a great opportunity to grow,” he said to Formula Scout. “I want to thank MP for giving me this chance, I can’t wait to get on track.”

The 17-year-old’s first two years in single-seaters were spent racing for Jenzer Motorsport in Italian Formula 4, with appearances in several other F4 series before he stepped up to FRegional.

Elsewhere on the FREC grid, Race Performance Motorsport has signed Owen Tangavelou for the Hungaroring round after the French rookie parted ways with G4 Racing.