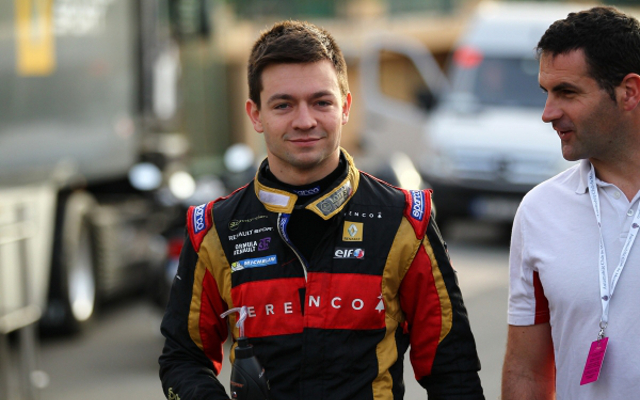 Injured Formula Renault 3.5 racer Matthieu Vaxiviere is aiming to return for the Nurburgring round in July.

The Frenchman suffered a fracture of the fifth vertebra during the Monaco race last Sunday, and will miss this weekend’s round at Spa. Richie Stanaway will return to the series in his place at the Charouz-run Lotus team, two years on from sustaining a back injury of his own at Spa.

With an expected recovery time of 45 days, Vaxiviere will also miss his planned debut at the Le Mans 24 Hours on 14-15 June and the Moscow FR3.5 round later that month.

Although the incident was not shown by the television feed, a statement explained that Vaxiviere made contact with another driver on the run up the hill to Massenet, which caused his car to take off and then land heavily. He returned to the pits and was taken to hospital in Monaco.

“I?ll have to give the Spa-Francorchamps and Moscow events a miss as well as the Le Mans 24 Hours,” said Vaxiviere, who scored two top-ten finishes at Motorland Aragon in April.

“I?m now fighting another kind of battle. I’m a fighter and my morale?s good. I?m leaving hospital on Wednesday and I?m going to do my utmost to come back even stronger. My aim is to be back in the car at the Nurburgring in mid-July.”