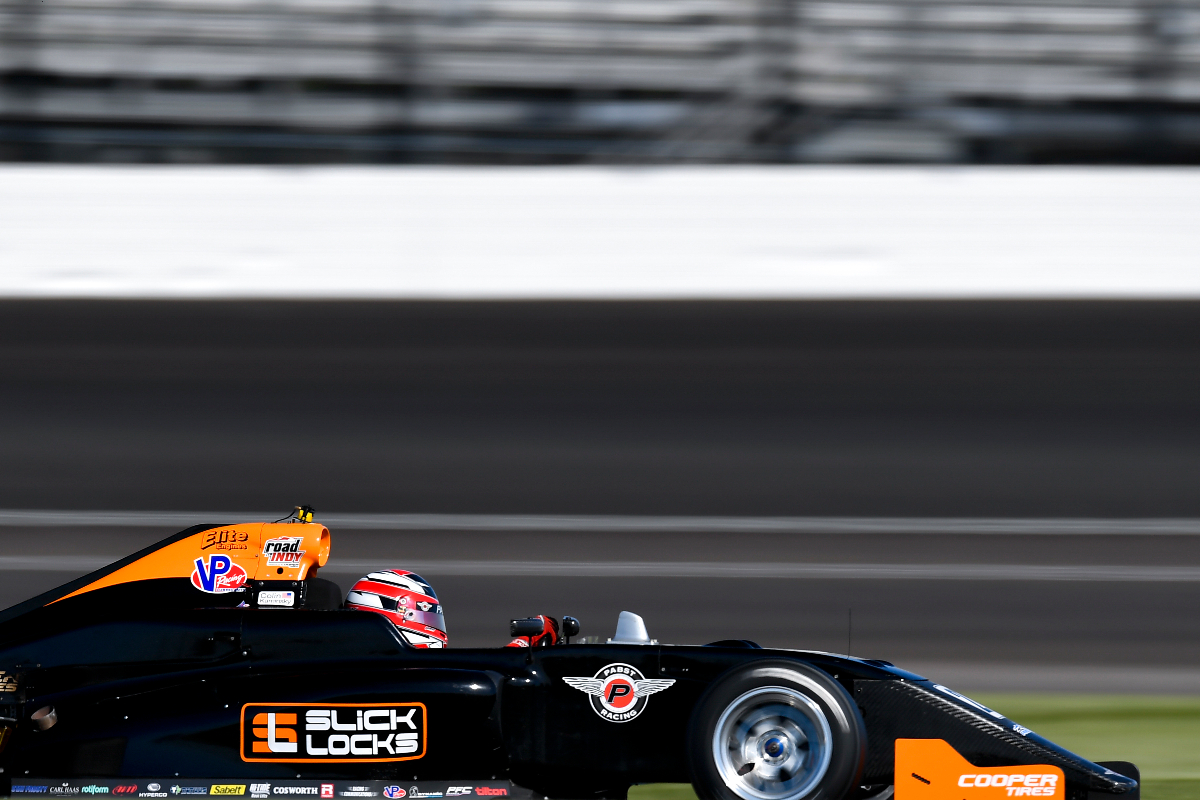 There is set to be just 12 cars racing in Indy Pro 2000’s Freedom 90 race at Lucas Oil Raceway this weekend.

Five of the drivers signed for the season aren’t on the entry list, meaning the series will be having its smallest grid since its New Jersey Motorsports Park round last year.

Most noticable of the drivers omitted from the entry list is Pabst Racing’s Colin Kaminsky, who was eighth in the standings in his rookie season with the team and is currently one place higher in the points after the first seven races.

Last of the drivers to not turn up, and who hasn’t started a race since the opening Barber Motorsports Park rounds, is Enzo Fittipaldi.

The Brazilian, who was being co-run by Andretti Autosport and RP Motorsport, skipped the most recent Indianapolis round due to clashing FIA Formula 3 Championship test commitments at Jerez but has since returned to the USA.

In fact he is at IMS today, supporting his older brother Pietro in the build-up to his Indianapolis 500 debut this weekend.

Formula Scout has contacted both Fittipaldi and RP Motorsport for comment about his IP2000 commitments.

USF2000 will be supporting IP2000 at LOR for its only oval race of the year, and it’s lost Erik Evans (VRD), Grant Palmer (Exclusive Autosport) and Simon Sikes (Legacy) from its entry list.

Palmer had initially only signed for the opening two rounds, but extended that to three.

Legacy meanwhile has a replacement driver, with 21-year-old Nathan Byrd making his series debut with the team.

He has previous single-seater experience in LO Formula Car Race Series, and is part of the Byrd racing dynasty that has won the Indy 500 with its own team and competed in IndyCar as recently as last year.

Byrd is also a development driver for IndyCar and NASCAR outfit Rick Ware Racing, the team that is running Pietro Fittipaldi in the Indy 500.

On the same day that he drives in USF2000, Byrd will be racing in midgets, his usual motorsport environment.