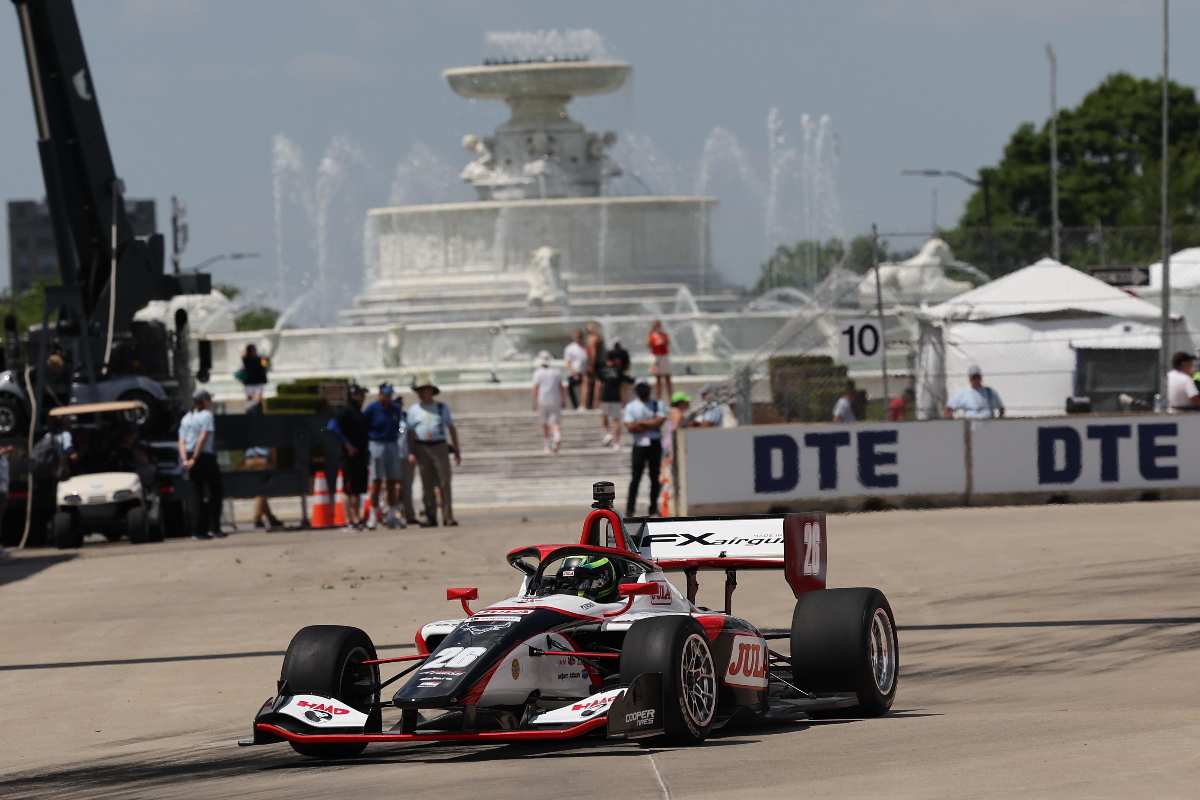 Linus Lunqvist made it a perfect weekend in Detroit as he won the second Indy Lights race of the weekend from pole.

As in race one, Lundqvist was untouchable throughout the 30-lap encounter and finished almost four seconds clear of the rest of the field to extend his points lead.

Two safety car periods disrupted running, putting Hunter McElrea back onto Lundqvist’s tail after the race leader pulled out a gap of more than five seconds. But after the restart Lundqvist pulled away again.

McElrea had nade a good start on the grid to jump past String Ray Robb into second, and then spent the first half of the race with Christian Rasmussen and Robb close behind.

The battle for second was paused when Christian Bogle hit the wall at Turn 13 on lap nine, and on the restart McElrea was able to break away from those behind, leaving Rasmussen to defend against Robb and Matthew Brabham. He was in a race of his own for a number of laps before Rasmussen hit the wall at turn five, damaging his front wing and stopping on track.

That caused the second safety car period and provided McElrea’s second opportunity to stick with Lundqvist, but when racing resumed with nine laps to go he instead was stuck with Robb in his mirrors and beat him to second by 0.312s.

Brabham steered clear of trouble to take fourth ahead of Danial Frost, who spent the closing stages of the race battling to keep Benjamin Pedersen behind him. The two made slight contact on one occasion, which almost allowed Kyffin Simpson to come through and take sixth from Pedersen, but Pedersen held onto the position.

Jacob Abel had been part of the battle until the final portion of the race when a mechanical problem forced him into the pits.

Antonio Serravalle took eighth ahead of James Roe Jr and Ernie Francis Jr, who span late on but was able to finish.