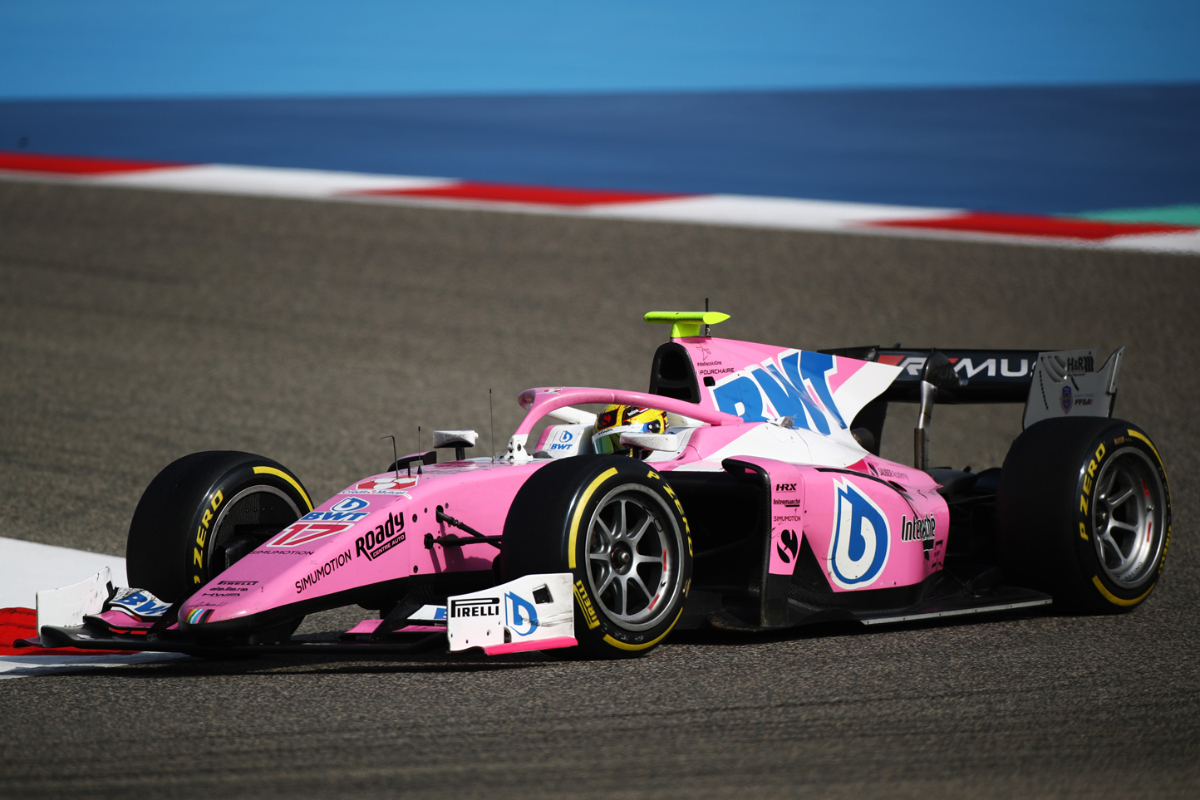 Sauber junior Theo Pourchaire believes his Formula 2 debut in Bahrain has made him the best prepared of the FIA Formula 3 Championship drivers moving into the series next year.

The 17-year-old just missed out on three titles from his first three seasons in single-seaters this year, coming a few points short of beating Renault junior Oscar Piastri to the FIA F3 title. Pourchaire was French Formula 4 Junior champion in 2018 and ADAC F4 champion last year.

After racing for ART Grand Prix in F3, he switched to HWA Racelab for his first two F2 rounds a few weeks ago, then switched back to ART GP for F2’s post-season Bahrain test.

“It was an amazing experience to participate in the last two rounds of FIA Formula 2,” Pourchaire told Formula Scout.

“For sure I wasn’t with the best team, but I’m grateful to them for the opportunity and to Sauber Academy.

“I learned a lot for next year and for sure the result was not so good but the most important was to learn as much as I could. And for sure from the F3 drivers, I’m the most prepared driver for next season, so that was a great experience and a big thanks to all the people who worked for me to make it possible.”

HWA had only made the points three times prior to Bahrain, and Pourchaire qualified 16th for his debut. He converted that into an 18th place finish, then retired from his second race after his in-car fire extinguisher went off.

On his return a week later, on Bahrain’s Outer layout, he repeated his 18th place in the feature race and was a lapped last in the sprint race after pitting for a second set of tyres.

“For the testing, I was back with ART Grand Prix. I knew the team, it was good to be back with them, with my new team-mate Christian Lundgaard for the test. I don’t know if he will be my team-mate for next year. For the moment I’m not 100% with ART GP yet.

“I will not say any names, but it was strange. The most important is that I was not so far from Lundgaard. I think in quali [runs] he was a bit better than me, like around two tenths. He’s done a season in F2, so I’m quite happy with my quali pace.

“And also I’m really happy with my pace in long runs. I was every time faster than my team-mate, and we were in the top two of the fastest race run pace. On that we can be happy.”

The Frenchman has already told Formula Scout that he’s “doing everything” to ensure his full-time F2 graduation in 2021 is with ART GP.

The standout Formula 4 drivers around the world in 2020