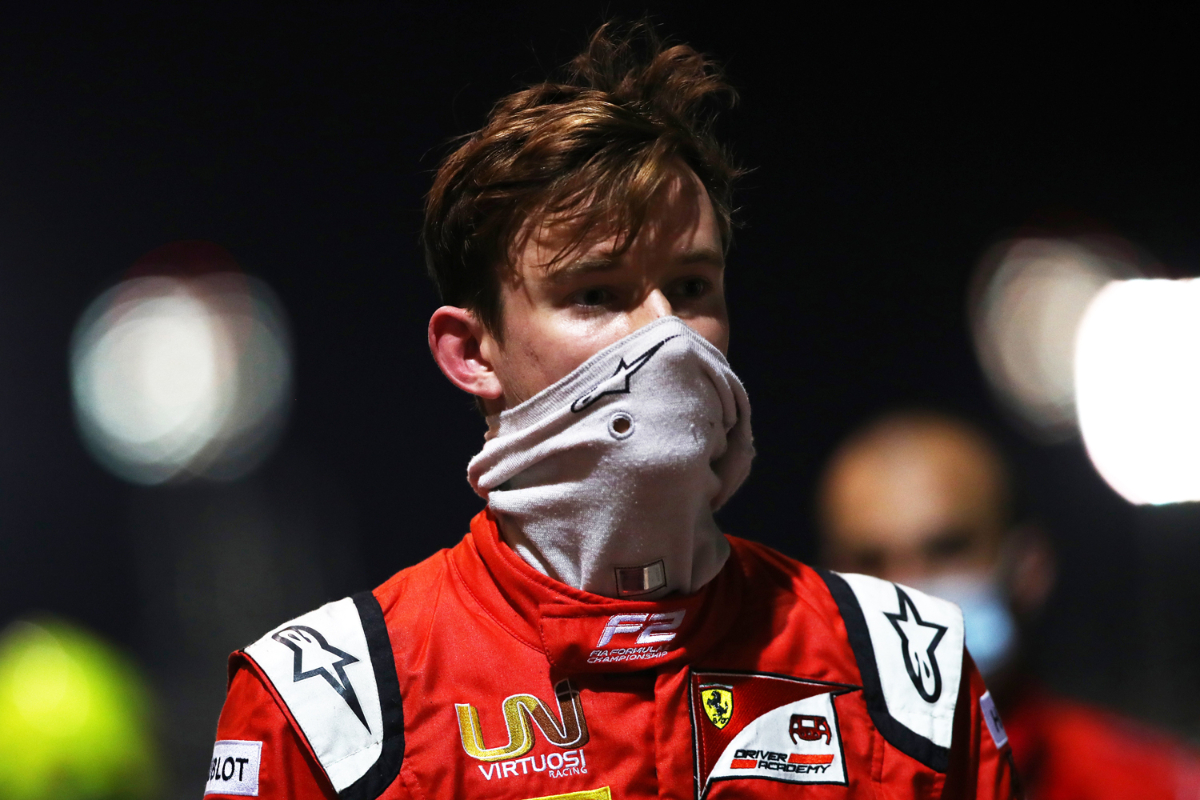 Formula 2 title runner-up Callum Ilott has admitted that he is in contention for a Formula 1 reserve or test driver role next year, but with no racing lined up.

The Virtuosi Racing driver missed out on the F2 title to fellow Ferrari Driver Academy member Mick Schumacher by 14 points in Sunday’s decider on Bahrain’s Outer layout, in a race which both failed to score in.

He had admitted to Formula Scout the previous weekend that “I’m going to do everything I can to race in Formula 1 in 2022″ after his hopes of a 2021 seat ended, having already revealed he would not be returning to F2.

“Officially I won’t be racing anything, at the moment, most likely be on the sidelines with Formula 1,” Ilott said in F2’s prize-giving ceremony.

“The goal is 2022 to be involved in F1 and have a seat. I’ll be pushing for that as much as possible but there’s a few things I have to do in the meantime.”

Ilott was scheduled to make his F1 free practice debut with Haas at the Nurburgring in the Eifel Grand Prix earlier this year, but was denied the opportunity by inclement weather.

He will take part in the post-season Abu Dhabi test with Alfa Romeo Racing, but that could be his last outing in a racing car until potentially 2022 after his F2 title loss.

“Obviously, it wasn’t the best way to finish, but overall I am second. Mick put up a great fight the whole year, I got a bit of a headstart at the beginning, got some good race results there,” reflected Ilott.

“It’s been a great season, so big thank you to Virtuosi for pushing me all the way, big thanks to my parents as well and all my sponsors. I’m happy to be here really.”

Reserve drivers have had a higher profile than usual during 2020, with the coronavirus pandemic disrupting many drivers’ schedules and positive COVID-19 tests ruling some out of competition.

Ilott’s F2 rival Jack Aitken was called up by Williams to replace George Russell for this weekend’s Sakhir Grand Prix at Bahrain, following Russell’s call-up from Williams to Mercedes-AMG to replace Lewis Hamilton after he tested positive.

Formula V8 3.5 champion Pietro Fittipaldi is also making his F1 debut this weekend, being promoted from reserve driver to a race seat at Haas after Romain Grosjean was injured in the Bahrain GP.