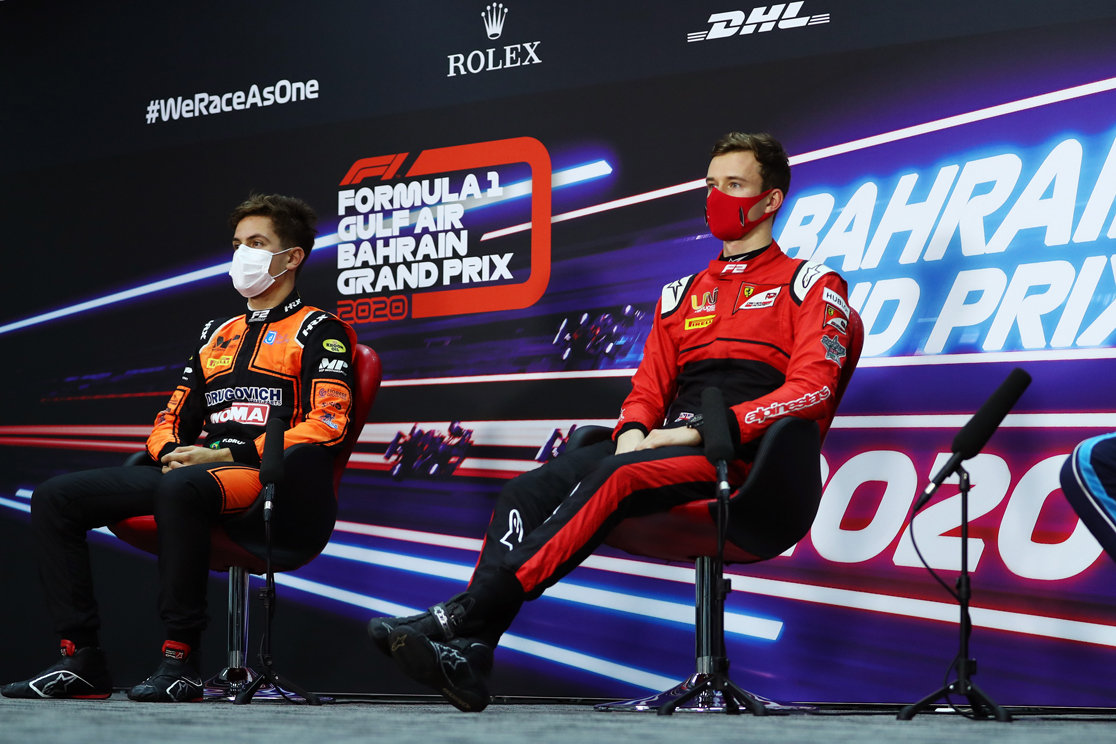 Callum Ilott has praised his Formula 2 rival Felipe Drugovich, marking him out as a driver to watch in the series next year.

Ferrari junior Ilott has already announced he will not be returning to F2 in 2021, nor racing in F1, but plans to “do everything I can to race in F1 in 2022”. He could win the F2 title in this weekend’s season finale, while series rookie Drugovich is aiming to climb up to sixth in the points over the two races on Bahrain’s little-used Outer layout.

“When he’s been on it, he’s been very fast,” Ilott said of his rival.

“This guy’s someone to watch out for definitely next year, and also to some of those F1 teams that sometimes listen to this, I think that they should look at him, to be honest.”

Drugovich was asked in the post-race press conference whether he has thought about the impression his season – which has now included three wins – has made, and replied:

“It depends on them [the F1 paddock], if they want to look at me with good eyes or not.

“I think I did the best job that I could in these race wins. And of course I had my mistakes, my rookie mistakes in other races. I didn’t really think of the championship in that way, just to impress someone, I was just trying to learn and try to carry on my good experience for next year.

“But if I do well, good, but at the moment I’m just trying to get the best results I can and learn as much as possible.”

The Brazilian followed up his feature race success with eighth in the sprint race, bringing him up to ninth in the standings.