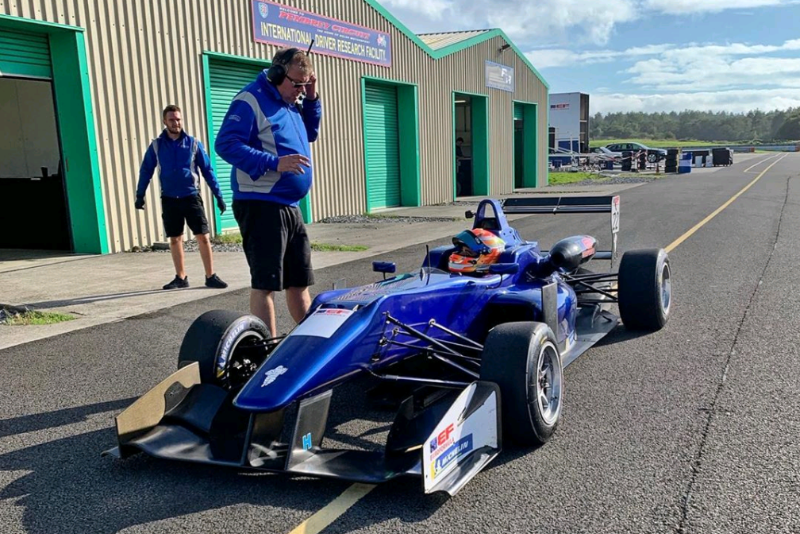 Formula 4 racer Ido Cohen will join Carlin for the last two rounds of the Euroformula Open season at Barcelona and Monza.

The 18-year-old Israeli raced internationally in karts before stepping up to cars last year with Mucke Motorsport in F4.

He completed a dual campaign in the ADAC and Italian championships, scoring a total of seven points in the former.

This year he has had far more success with Van Amersfoort Racing, sitting fifth in the Italian championship with two rounds to go and taking his first ADAC podium last weekend at Hockenheim.

“I’m happy to announce that I will do the last two rounds of the Euroformula Open championship with Carlin as well as my F4 programme,” Cohen said.

Carlin recently ran Cohen in one of its cars at Pembrey in Wales, with his deal being announced shortly after. The team also runs Pau Grand Prix winner Billy Monger, Nicolai Kjaergaard, Christian Hahn and Honda junior Teppei Natori.

Cohen will have a busy month of racing, with his EF Open debut at Barcelona being immediately followed in a five-weekend run by the ADAC F4 season finale at Sachsenring, the Italian F4 round at Mugello, EF Open’s season-ending Monza trip, then the final Italian F4 races at the same circuit.

The last Israeli to race in EF Open was Yarin Stern, who finished fifth in the standings with West-Tec in 2014 and 2015 but never won a race.