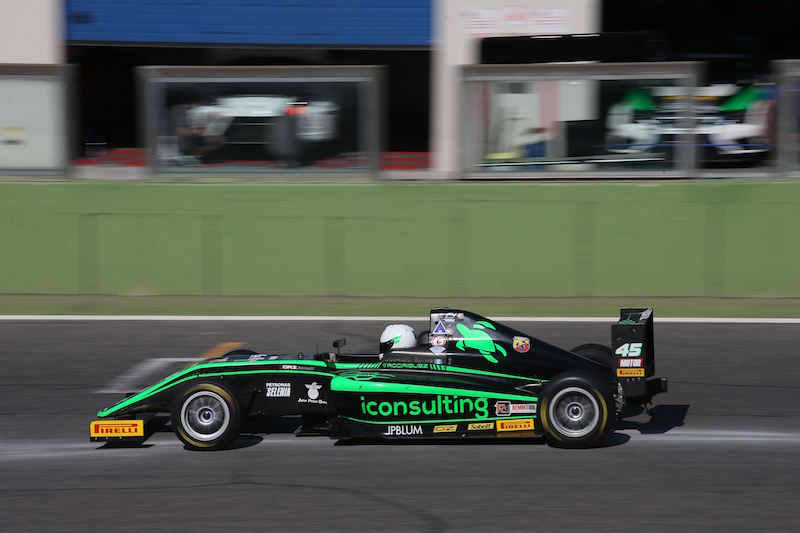 Ian Rodriguez took a dominant maiden win in the opening Italian F4 race at Vallelunga after starting second on the grid.

Polesitter Artem Petrov got off the line well and kept Rodriguez behind initially. However, later in the lap, the DRZ Benelli driver got ahead of Petrov.

From there, the Guatemalan built up a lead and did not allow Petrov a look in as he dominated the race.

Petrov would finish third after two prolonged battles in the race – first with Marcus Armstrong, who finished second ? and then Felipe Drugovich.

Once Armstrong got by Petrov, he closed the gap to Rodriguez from around four seconds to 2.4s at the finish line.

The battle between Petrov and Armstrong not only allowed Rodriguez to escape up the road, but Sophia Floersch and Drugovich to close in.

Floersch went to make a move on Petrov with around six minutes left in the race, but ended up bouncing over the kerbs, breaking the suspension and, after dragging the car back to the pits, retiring from the race

It meant Drugovich moved into fourth place, and closed in on Petrov in the final few minutes.

Petrov defended hard in the final five minutes of the race, not allowing Drugovich even a chance of overtaking for the final podium spot.