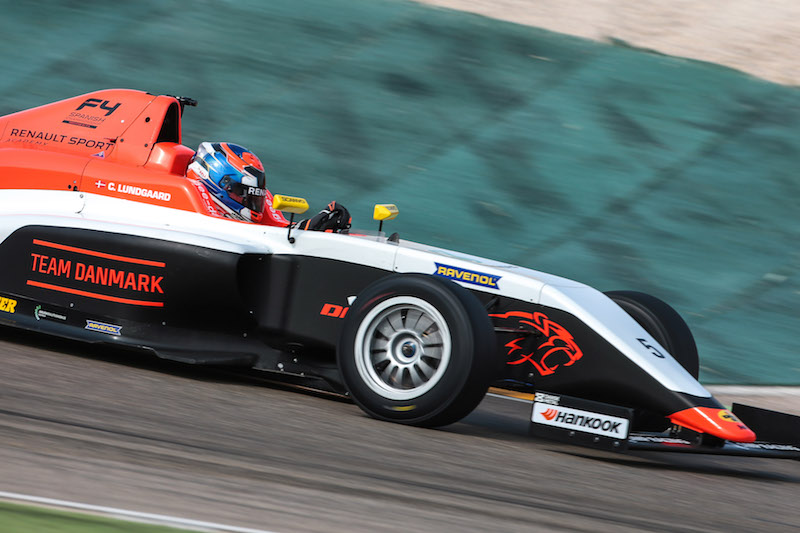 The Dane grabbed the lead at the start away from his existing SMP F4 NEZ rival Xavier Lloveras, who started on pole.

He opened up a 2.3-second advantage on the first lap alone after Lloveras went deep and off track at Turn 12 and lost second to Alexander Smolyar.

Lundgaard then controlled that gap before upping his pace towards the end, setting the fastest lap on his way to a 3.7-second victory.

Smolyar took second after starting sixth on the grid alongside Tuomas Haapalainen, who finished third after passing Lloveras at Turn 1 on the second of the lap of the race.

Lloveras ended up back in fifth after later losing out to Nikita Volegov.

Guillem Pujeu challenged his FA Racing team-mate Lloveras for second off the start but he also slipped back to sixth.

He then came under attack from Juusso Puhakka, and forced?the Finn wide into the Turn 16 and retiring into the pits with damage.

Lukas Dunner lost out to Ivan Berets when?he tried to attack Pujeu, but did manage to regain seventh from the Russian soon afterwards.

Marta Garcia finished ninth in her first race as part of the Renault Sport Academy, as the first driver home that hasn’t been competing in?the sister NEZ?series already this year.

She was involved in a collision at the start of lap two when she went to pass Javier Cobian, who in turn went into Sami-Matti Trogen, but escaped unharmed and put pressure on Berets before falling back late on.