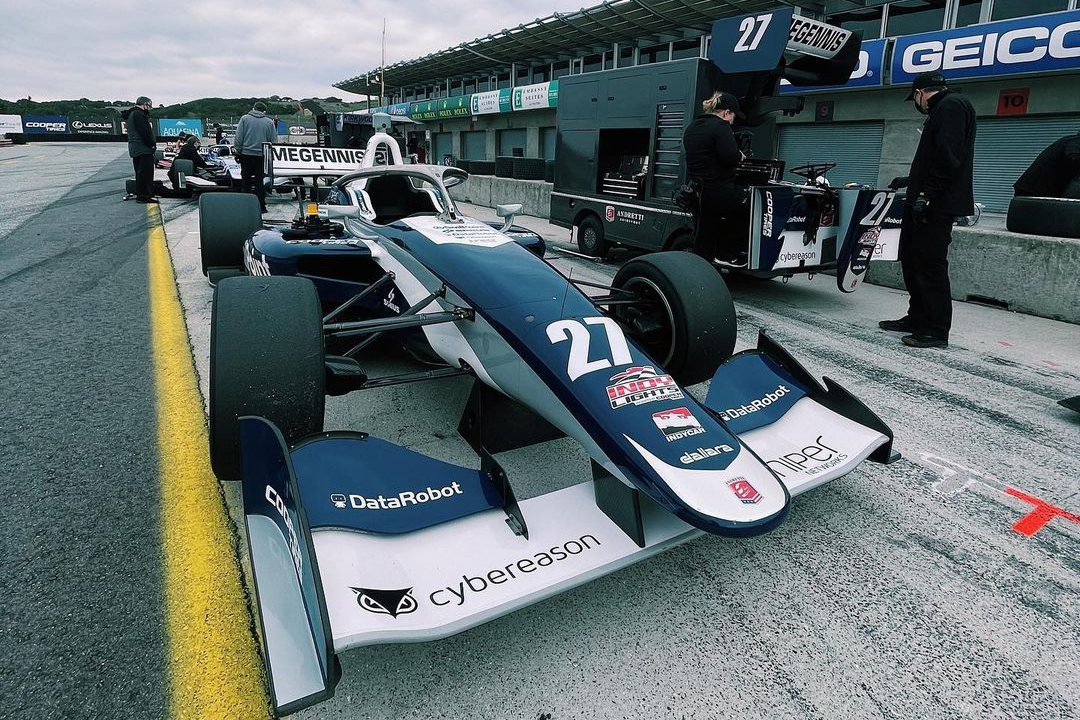 Andretti Autosport tested last week at Laguna Seca after its upgraded chassis were ready, and Formula Scout spoke to the team’s 2021 rookie Kirkwood about his thoughts on driving with the halo.

Kirkwood tested the car in 2020, having planned to race in Indy Lights before the season was cancelled during the COVID-19 pandemic, and so has significant mileage in the halo-less car with the Cockpit Frontal Protection fin to compare to.

“I actually really enjoyed the halo on the car,” Kirkwood told Formula Scout.

“Once you’re driving you forget about it. The visuals are about the same if not better than with the Cockpit Frontal Protection fin that was on the car last year.

“Handling-wise, I didn’t notice a difference. Although, we haven’t tried it back-to-back with it on and off.

“It’s not my first time with the halo. I drove with it in Formula Regional Americas and Formula E for a test.”

Kirkwood will be team-mate in Indy Lights and IMSA this year with Robert Megennis, as part of Vasser Sullivan Racing’s line-up of Lexus RC F GT3s in the latter series, and Megennis shared the first on-track images of the IL-15 with the halo.

Andretti isn’t the only team to have taken delivery of the halos, as the returning Carlin team shared its enthusiasm to try out its cars at Florida’s Palm Beach circuit and Global Racing Group with HMD Motorsports is one of several teams headed to Barber Motorsports Park to test this coming Monday.

Carlin had already begun testing at Palm Beach with its drivers Christian Bogle and Alex Peroni before the halo was attached, and it is running in partnership with the debuting Jay Howard Driver Development this year.

After three seasons in Indy Pro 2000, the highlight of which was the title runner-up spot as a rookie, Parker Thompson has moved into the new combined Porsche Carrera Cup North America series for 2021 with the JDX Racing team he drove for in Porsche GT3 Cup Challenge USA two years ago.

The 23-year-old Canadian will be up against British Formula 4 race-winner and British GT4 runner-up Seb Priaulx in his Carrera Cup campaign, having failed to find the budget to step up to Indy Lights.