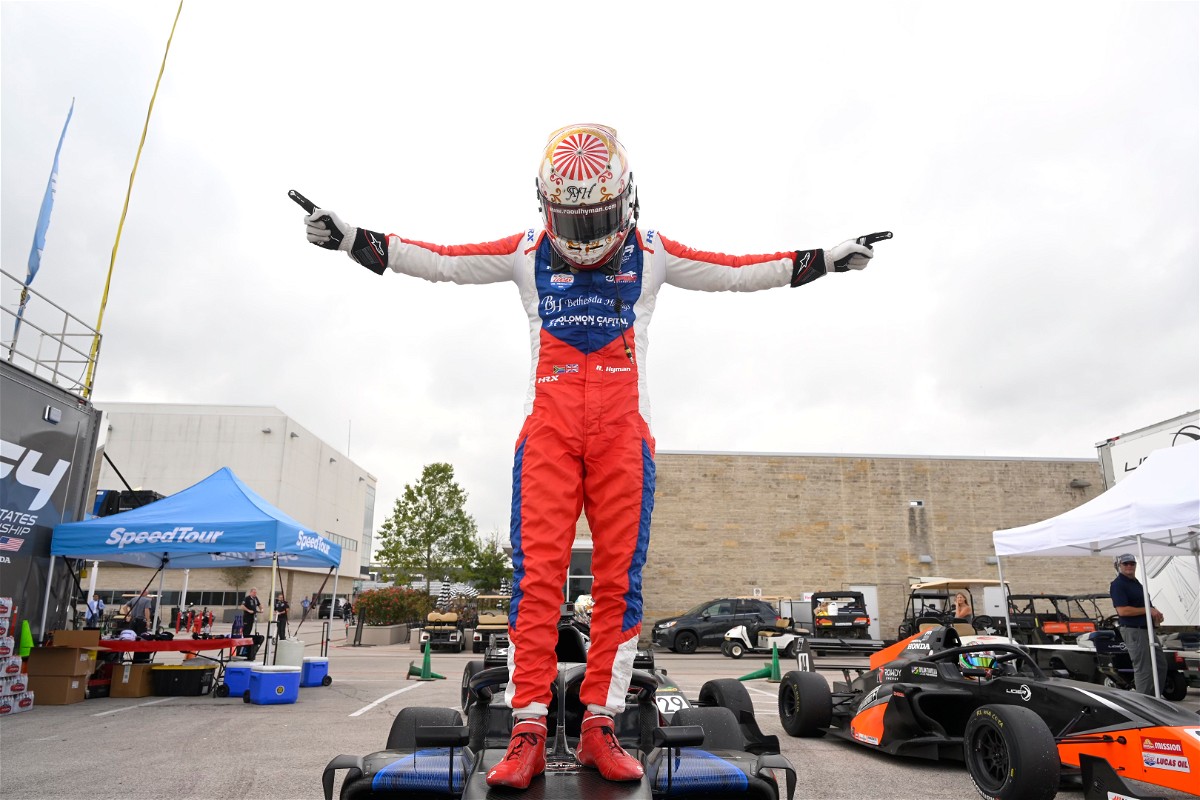 TJ Speed’s Raoul Hyman has secured a scholarship with Honda to race in Super Formula next year after wrapping up the Formula Regional Americas title.

Hyman went into the final round at Circuit of the Americas with one hand on the title, and started strongly by taking pole position by over a second.

He converted that into victory and championship glory, although with the disadvantage of old tyres lost the lead on the opening lap to his title rival Dylan Tavella.

The Team Crosslink driver led the first 12 laps, and on the next lap the top two ran side-by-side at Turn 12. They were battling wheel-to-wheel until they reached the same corner two laps later when Hyman finally reclaimed the lead.

Victory was then secured as they got onto the pit straight as Tavella spun. It meant Hyman ended up winning by 9.345s, with team-mate Nick Persing crossing the line just behind Tavella. But Persing was then penalised 5s for causing a collision, dropping him to sixth.

Hyman passed Alder on lap one, and was on course for victory until mechanical issues struck on lap five of 13.

That promoted Alder back into first place, and he held off some pressure from Tavella before pulling away to win.

Persing was attacking Tavella late in the race and managed to pass him for second towards the end.

Hyman rebounded from his race two retirement to claim his 11th win of 2022 in the final race of the season. He did so by 7.042s over Jensen Global Advisors’ Oliver Westling, on his second weekend in the series, and Ryan Yardley.