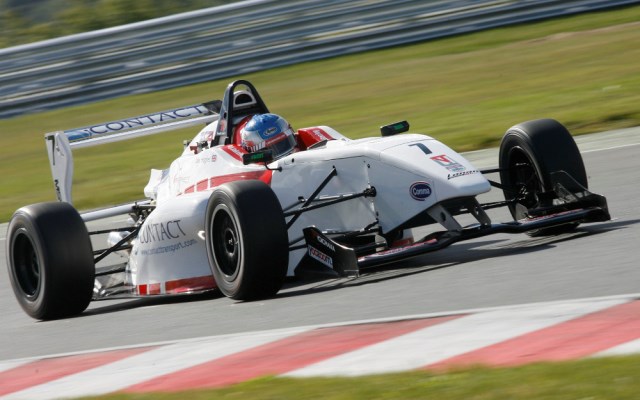 Jake Hughes has wrapped up the inaugural BRDC F4 Championship title with victory in the first race of the final weekend of the season at Donington Park.

Hughes led the race from start to finish from pole position, finishing 2.1 seconds ahead of Matthew Graham.

With Hughes winning, Seb Morris needed to finish second to keep his title hopes alive but had to settle for third. James Greenway moved up to third with a good opening lap but was later passed by Morris and Charlie Robertson. Robertson set the fastest lap as he closed on fellow Ginetta Junior champion Morris, but couldn’t get past.

Jack Barlow came into the race in second place in the standings but finished where he started, in 13th.

Hughes’ title success is currently provisional until the appeal of Morris’ disqualification from his Snetterton win is heard.

Rosenqvist closes in on the championship lead with race two victory