Hughes signs with Koiranen for 2015 FR2.0 Eurocup and Alps 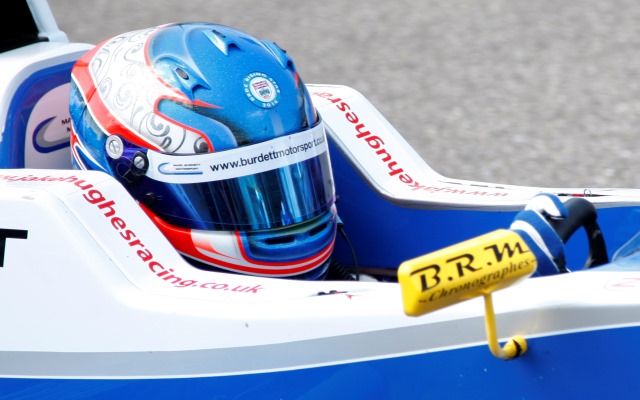 British racer Jake Hughes has joined the Koiranen GP team for the 2015 season and a double assault on the Formula Renault 2.0 Eurocup and Alps championships.

Hughes won the BRDC F4 title in 2013 in his rookie car racing season, and contested the FR2.0 NEC series this year, finishing eighth in the final standings with a podium finish in Silverstone.

Starting the year with Mark Burdett Motorsport, he later made appearances with the ART Junior Team in the NEC and with Strakka Racing in selected Eurocup and Alps rounds.

Hughes chose Koiranen – who won the 2014 Eurocup and Alps titles with Nyck de Vries – after recent tests with the top FR2.0 teams.

“I felt most at home with Koiranen, testing has gone really well and the detail that the team consider is amazing,” said the 20-year-old.

“I have already learnt a huge amount. We had some tough choices to make between teams but?I am really really happy to be with Koiranen now.

?Eurocup and Alps are extremely competitive championships but I am training hard and focused on the?job in hand. ?I believe that?I have the best chance of competing for the titles with Koiranen and that is what?I am aiming for 100 per cent.”

Afa Heikkinen, CEO of the Spanish-based, Finnish-run team, said: “I am very pleased to welcome Jake to Koiranen GP for the coming season.

“He has proved during the winter testing that he be a very tough contender for the Eurocup Formula Renault 2.0 title. We hope Jake will benefit from our previous experience and successes in the category to perform and achieve his goal.”