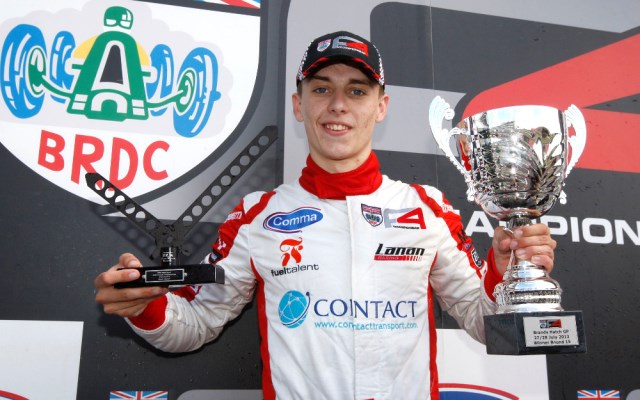 19-year-old Jake Hughes led every lap and clinched his second race victory of the championship in an impressive way, a win that puts him in the lead of the standings.

After winning the second round of the weekend, Matthew Graham got away with another podium position with Seb Morris?finishing in the top four for the eleventh time this year. James Fletcher was fifth ahead of Jack Barlow, Gustavo Lima and Luke Williams. James Greenway and Raoul Hyman completed the top ten.

After Brand Hatch, the BRDC F4 season remains unpredictable with Hughes taking the first place in the standings from Jake Dalton, who is only third now with nine more races to go.

Roundup: Palmer and Berthon join this year’s list of winners in GP2