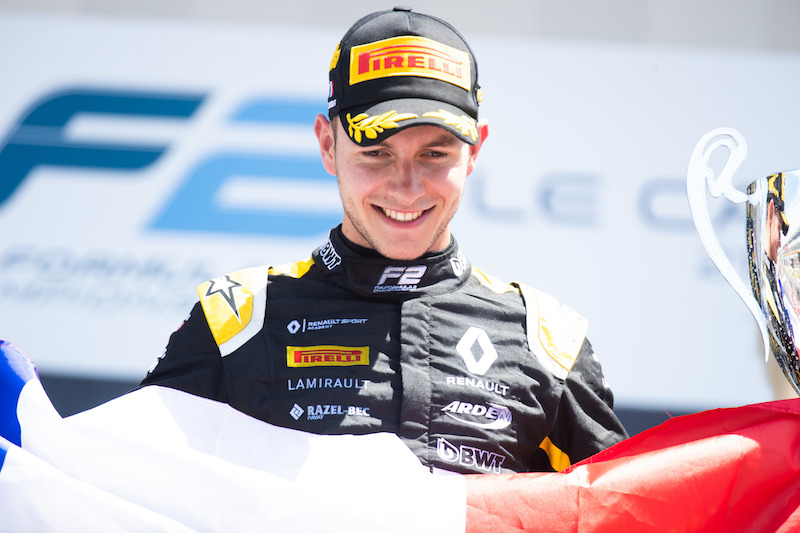 By winning the last ever GP3 title in 2018, Anthoine Hubert delivered on the expectation of the Renault Sport Academy, which had signed the Frenchman at the start of the year on an ‘affiliate’ basis. A full place on the programme followed, as was always likely if he became champion.

But Hubert’s run to the title in his sophomore GP3 campaign did not appear as convincing as it could have been. Pre-season, it was always expected that he would be given a hard time by ART team-mates Callum Ilott and Jake Hughes. But with Ilott’s bid ultimately fading with a lack of consistency and Hughes’ never really getting firing, the biggest threat to Hubert instead came from Nikita Mazepin, who arrived in GP3 with few past results to speak of in car racing.

What Mazepin did have was significant financial weight, and given the numerous advantages that can bring, Hubert did well to get the job done. He did so with a mature and consistent approach that was commendable, but lacked the speed to suggest that he was a genuine future F1 star worthy of sizeable investment by Renault.

That was problematic given F2 requires such a step up in budget from GP3. Over the winter, the seats in the perceived ‘top half’ of the grid were snapped up very quickly by drivers with greater financial clout, in particular Hubert’s rookie rivals Mazepin, Mick Schumacher and Guanyu Zhou. That left others like Hubert with little choice: making the step up with ART was never a realistic option. In the post-season F2 test in Abu Dhabi he tested with MP Motorsport, before signing with Arden.

Although Arden has a decorated history at this level going back into the days of Formula 3000, success has been harder to find in recent years: its last feature race win came in the 2012 season opener. Its 2018 campaign got harder as it went on, finishing up ninth of the 10 teams after a promising start with a pair of talented rookies. 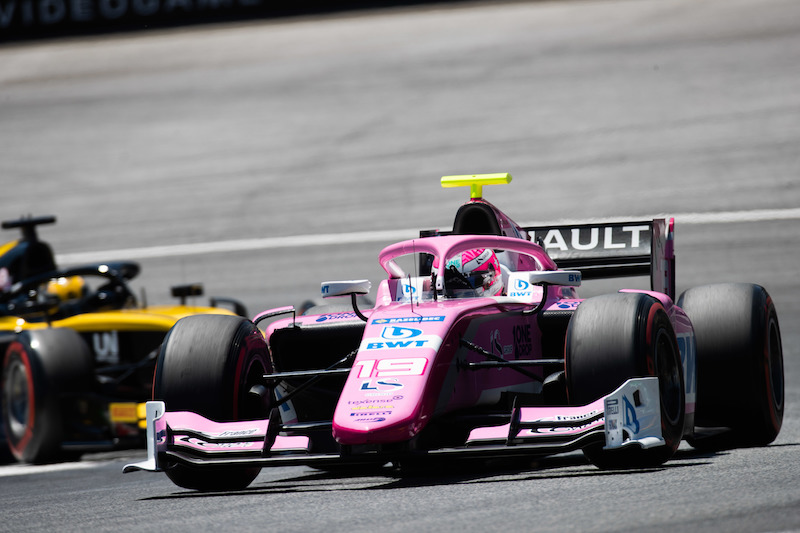 Expectations for Hubert’s season were fairly low as a result, and even more so after a very tough pre-season. But he?s made the most of the situation, capitalised on F2?s reversed-grid format for two special wins in Monaco and home venue Paul Ricard, and is vying with Zhou for the honour of top rookie, both figuratively and in the championship table. He’s scored all of Arden’s points so far, putting them sixth in the standings at the halfway stage.

?Much better than expected,? is Hubert’s summary of the season so far. ?It?s not the best moment to talk about this, because I think I had the worst race of the year [in the Austria sprint race], but overall it?s a really positive start of the season.

?We?ve won two races and we knew before this weekend that we needed to improve on qualifying and pit-stops, which we did, so there are a lot of positives.

?There is still some stuff to improve for sure, but overall I think we are improving quite well and we still have margin to do better, so that?s good.?

Hubert’s prospects looked dark on the eve of the season, having placed 18th and 19th of the 20-car field in the two pre-season tests. At the time, he was openly concerned about a lack of qualifying speed, while optimistic race pace would be better.

“To be honest, after pre-season I was quite… how can I say… not worried, but it was really difficult to see where we were and what was our potential,” he says. 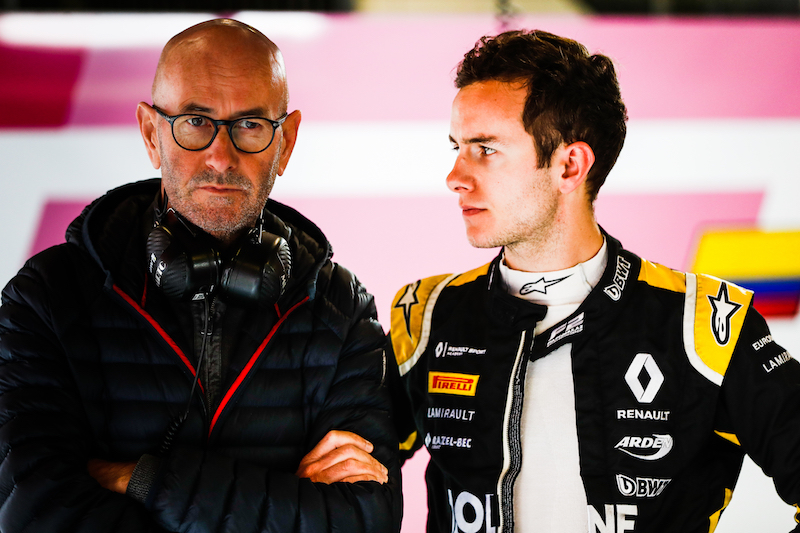 “I never thought we were going to have the first half of the season that we?ve had after pre-season testing, so I?m really happy about how we have improved since that. We have turned things around, and we are fighting with people that have been here [in F2] for three or four years, so that?s really good.”

Relative to expectations, qualifying 11th for his debut in Bahrain was a positive enough start for Hubert, but even better would follow when he raced through to fourth in his first race. With the desert heat making Bahrain one of the toughest weekends of the year for tyre management, Hubert could again demonstrate the prowess in that area that was central to his GP3 success – as well as show the strength of the Arden package in race-trim.

Strong feature race performances have been key to Hubert’s impressive start in F2. Qualifying ninth in Baku, he was on for another top-five finish before a late incident, while in Barcelona he came from 15th on the grid to finish sixth, spending much of the race out front on the alternate strategy.

The chaotic Monaco feature race was one where he didn’t move forward, finishing eighth after his best qualifying attempt to-date, but that did earn him the most valuable reversed-grid pole position of the season. The win he converted that pole into was well-deserved, not only on the basis of his performances up to that point, but also for how hard he to work under continuous pressure from Louis Deletraz.

It was a result he would repeat next time out on home ground at Paul Ricard, albeit in rather different style. He was a lowly 15th in qualifying but executed his strategy perfectly to claim eighth place late on. This time, his sprint race win never looked under threat, as he quickly built and then maintained a two-second margin to his chasers. 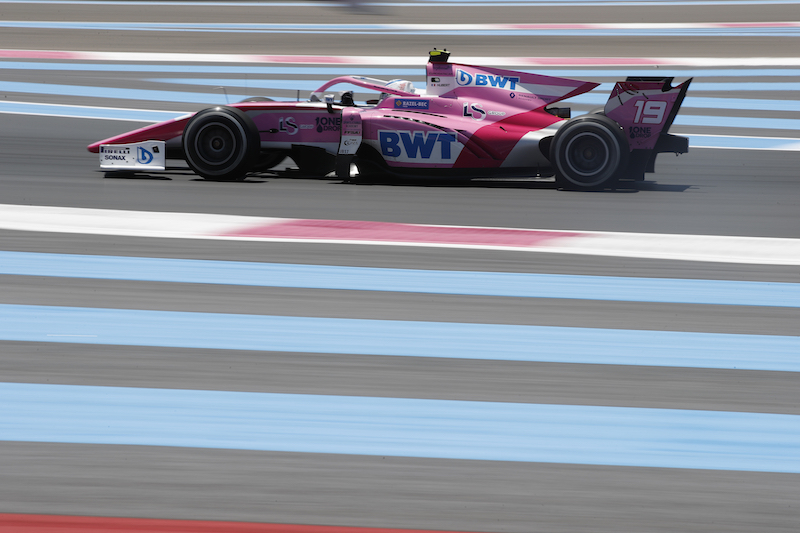 The complex nature of F2 appears to be playing to Hubert’s strengths – ones he already showed last year, such as tyre management, good race pace and calm but effective racecraft.

“I think so, more than GP3,” he responds when Formula Scout puts that to him. “In GP3 if you don?t qualify well it?s always difficult to come back. Last year I did a good qualifying and I think that?s one of the reasons I was able to be champion. In F2 you see that even if you don?t qualify well, you can catch back and fight for the top eight, and then you can get the reverse pole and then it changes completely your weekend.”

Hubert’s experience with the tyres from GP3 is undoubtedly beneficial, but other direct graduates haven’t found the step up so seamless in the past, with a number of inherent differences in tyre management between the two series.

As pleasing as the Monaco and Paul Ricard wins were for Hubert and his team, they knew they still had work to do to improve their qualifying form. The desired upturn came very suddenly a week later at the Red Bull Ring when Hubert landed a place on the front row. 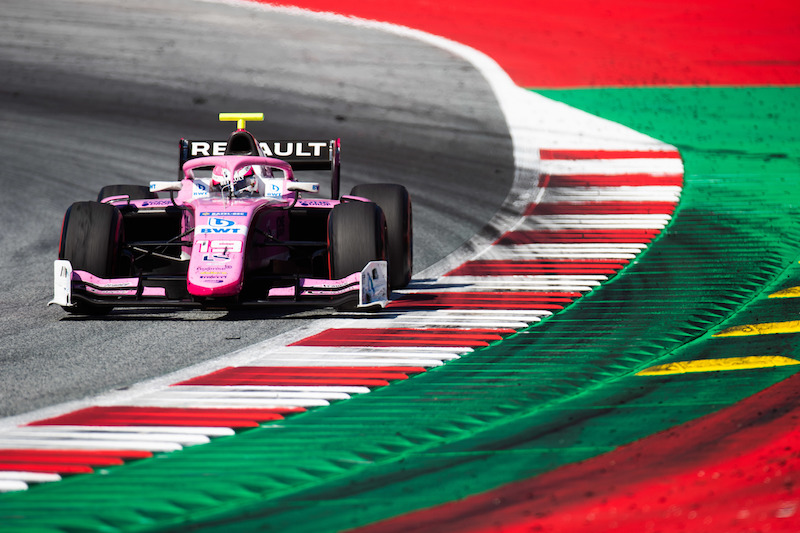 That he finished the race in fourth was perhaps not so impressive, but the whole task of race and tyre management is very different when starting that far up the grid, with a need to fight harder for track position against quicker cars, as well as clear much slower cars quickly and efficiently after pitting – the phase of the race where Hubert lost touch with the leaders in Austria.

It remains to be seen whether the qualifying result in Austria was a one-off at a slightly quirky circuit, or whether it’s form that can be maintained into this weekend’s Silverstone round and beyond. Regardless, Hubert appears to not only be maximising the package that he has, but to also be doing all that he can to help improve that package.

Arden’s quest to move forward in F2 this season is also reinforced by its new partnership with German giant HWA, which is bringing experience and resources from its success in the DTM with Mercedes as well as its new single-seater ventures in Formula E and Formula 3, where it has quickly got up to speed when it comes to setting up a spec single-seater.

“It?s coming, slowly but surely,” Hubert says of the input from HWA. “They also have a lot of things to do with F3 of course, but I think the Arden-HWA team is really getting more and more involved and that?s a really good point for sure, because HWA has a massive experience in motorsport and has had a lot of success in the past.”

Arden’s F2 team manager Kenny Kirwan admits that the new collaboration has “had a tough start to the year” but is quick to praise Hubert for his performances and his positive impact on the outfit. 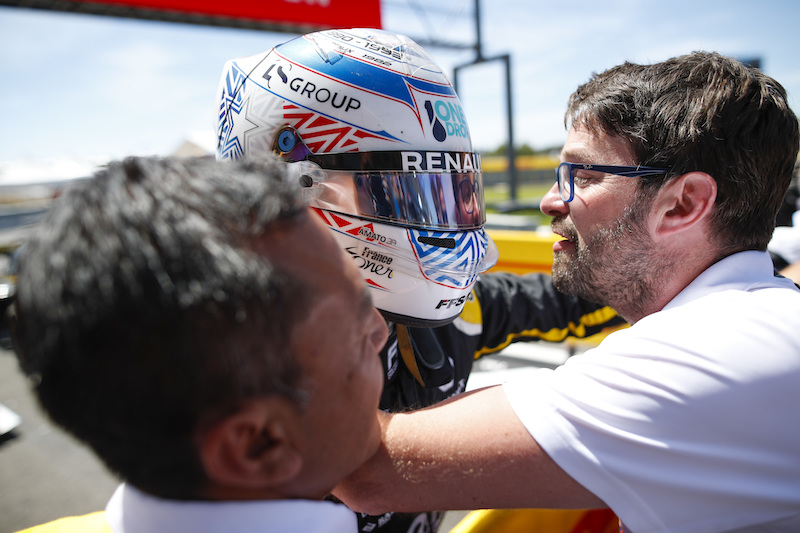 “HWA?s input has been very important but actually the main ingredient has been Anthoine,” says Kirwan. “He brings a different dynamic to the team, he?s very focused, pushes a lot the team on everything. He?s an all-rounder.

“We?ve tried to work on the qualifying pace which we?ve managed that quite successfully in Spielberg. We hope to replicate that here [at Silverstone]. And just generally, his race pace and his tyre management has been pretty much out of this world.

“His feedback?s very strong, his work ethic is extremely strong. He?s very diligent. He reports back to the team obviously but also to Renault, so there?s a lot of reporting for him, but he?s the kind of driver who’s always in early, [and] stays late. He looks at every possible area. He pushes the mechanics, he pushes the engineers, and the management side, because it?s an important year for him.

“He?s got high expectations, and as a team that?s not always easy for us as a newcomer. Although Arden is quite an established team, this is a new dynamic and so it takes a bit of time, and time that he doesn?t have. So we?re very mindful that we need to be hitting the ground running.

“The guys are doing a great job, the car is very reliable, the engineering package is starting to work really well. So we?re quietly confident and it?s important that Anthoine scores the maximum amount of points that we can generate.”

As Kirwan adds, “winning the championship is going to be a really tall order” at this stage, and?Hubert says the main target for the rest of this year “to keep on improving, keep getting some experience, and see what that will get us.”

But regardless of what his final championship position will be, he’s evidently capable of showing what he can do to the people who matter.

“I don?t know if they?re impressed, but they have an eye on me, on what I?m doing since the beginning of the year. I think the team is doing well so we can show great things.” 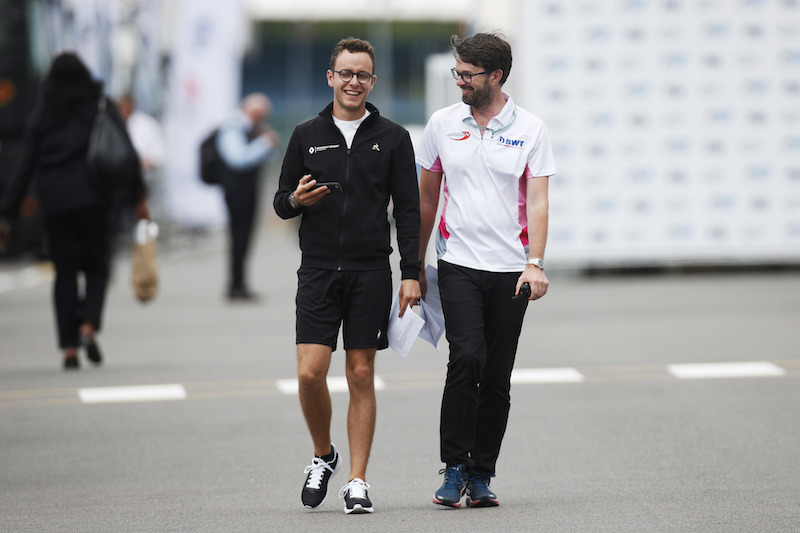