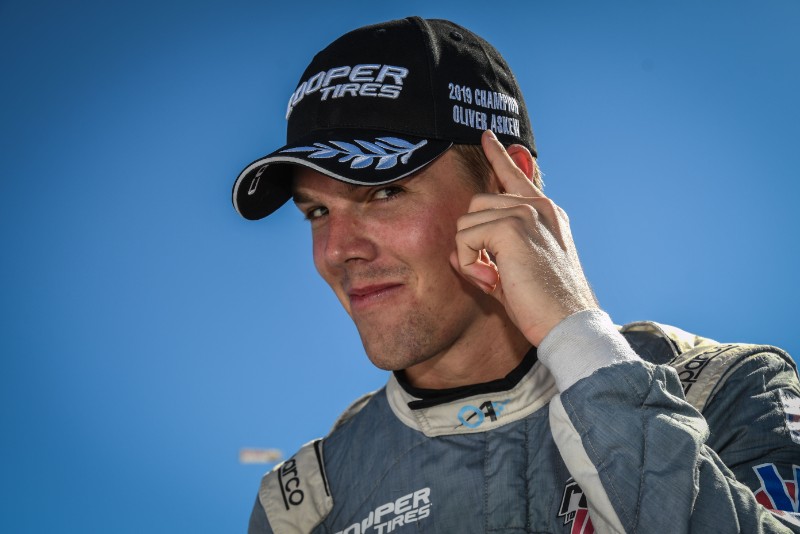 There was more anticipation than usual over Indy Lights this year, given the meteoric performances delivered by the series’ most recent graduates – 2018 champion and Red Bull junior Patricio O’Ward, and IndyCar’s youngest winner Colton Herta.

The series increased the prize pot awarded to the champion to $1.1 million for 2019, while push-to-pass was introduced (albeit in a way more akin to Formula 1’s DRS than IndyCar’s own P2P) in an attempt to make the racing more exciting and to prepare the drivers more for the top level of the Road to Indy ladder.

The expectation was that 2018 Indy Pro 2000 title rivals Oliver Askew and Rinus VeeKay would extend their rivalry, which started the year before in USF2000, and this proved to be the case. It was one-one in terms of titles coming into 2019 – Askew triumphed in USF2000, while VeeKay took IP2000 honours last year.

There was one notable change, with Askew leaving longtime team Cape Motorsports to join Andretti Autosport, while VeeKay stayed with Juncos Racing. Both teams were Lights title winners in the last two years with O’Ward and Kyle Kaiser respectively.

“[Andretti is] a family atmosphere over both Indy Lights and IndyCar and the other series that it runs,” Askew told Formula Scout ahead of last weekend’s Laguna Seca season finale, where the 22-year-old won the title.

“Everyone’s very friendly here and very professional. They have a lot of personnel, I think we have over 150 people working here full-time. It’s not a Formula 1 team but it’s a very high calibre programme that runs here and it’s fortunate for me to be a part of it. I’ve learned a lot as well. Between my team-mates and myself, we all work together really, really well.” 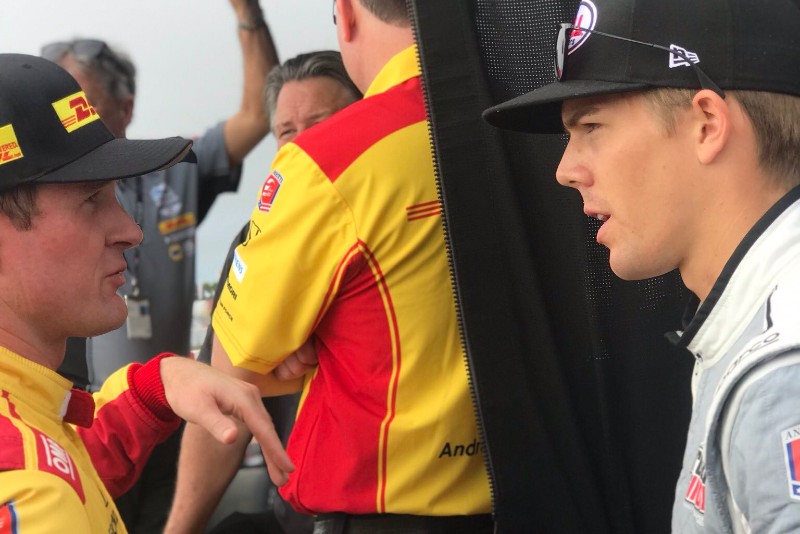 Askew didn’t just have his Indy Lights team-mates to lean on this year, but Andretti’s whole repertoire of drivers.

“I can ask the IndyCar guys for advice whenever I want, they’re always there for us and it’s nice on the weekends when the track conditions are changing a lot and we are able to call up [director of race operations] Rob Edwards and he can let me know what is going on with the track. I think that’s a plus and that’s why we’ve been so successful the past couple of years.”

The first success of the season at St. Petersburg went to Belardi and DeMelo after resisting a charge from Sowery, who was new to all of the circuits bar Road America. Askew and VeeKay were third and fifth, but upped their game to qualify first and second for race two.

VeeKay made his mark by passing Askew at the start for victory before contact between the pair put Askew out of the race. It would be the champion’s sole retirement of the 18-race season, and the only major contentious point between the pair. 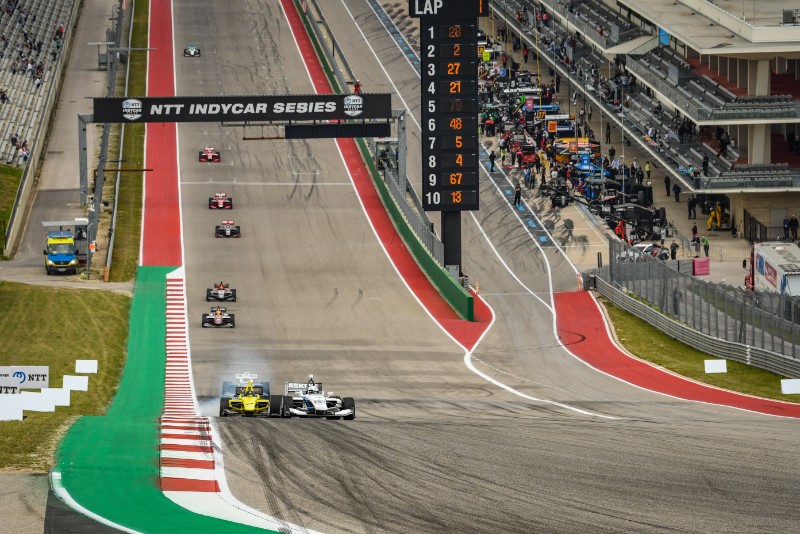 Much of the tone of 2019 was set at the series’ first visit to Circuit of the Americas. Askew obliterated the opposition in the opening race by 24.68 seconds, and battled past Megennis to win race two, earning him the points lead. VeeKay picked up a second and a fourth, while DeMelo struggled to bounce back from qualifying troubles.

Megennis simply bettered Askew in the first race at the Indianapolis Motor Speedway road course, while VeeKay took his first pole, second win and the points lead the day after. Askew picked up a brace of podiums there, and he reclaimed first place in the standings by winning the famed Freedom 100 from Norman in a typically close finish.

“The only place we really struggled at was at Road America and even then, we came away with a podium,” said Askew of his season. “My steering wheel came loose.”

Norman took victory in the first race around the Elkhart Lake circuit – in which VeeKay was penalised, while the Dutchman bounced back to take the second. By this point, 51 points covered the top five, but the sheer quantity of wins and podiums hinted towards the expected Askew/VeeKay championship narrative.

The returning Telitz brilliantly won the first race on the streets of Toronto, while Askew began a crucial run of races in which he put himself into a good position to take the title with a second. Four race wins on the bounce thereafter meant that VeeKay required something out of the ordinary to wrestle the lead back.

“The crucial moments [of the season] were our competitors not being as consistent or making mistakes, so we’ve just been spot on – every single day we’ve been executing. The most pivotal part of the season was sweeping the weekend at Mid-Ohio and winning the extra points race [worth 45 for the win as opposed to the standard 30] at Gateway.” 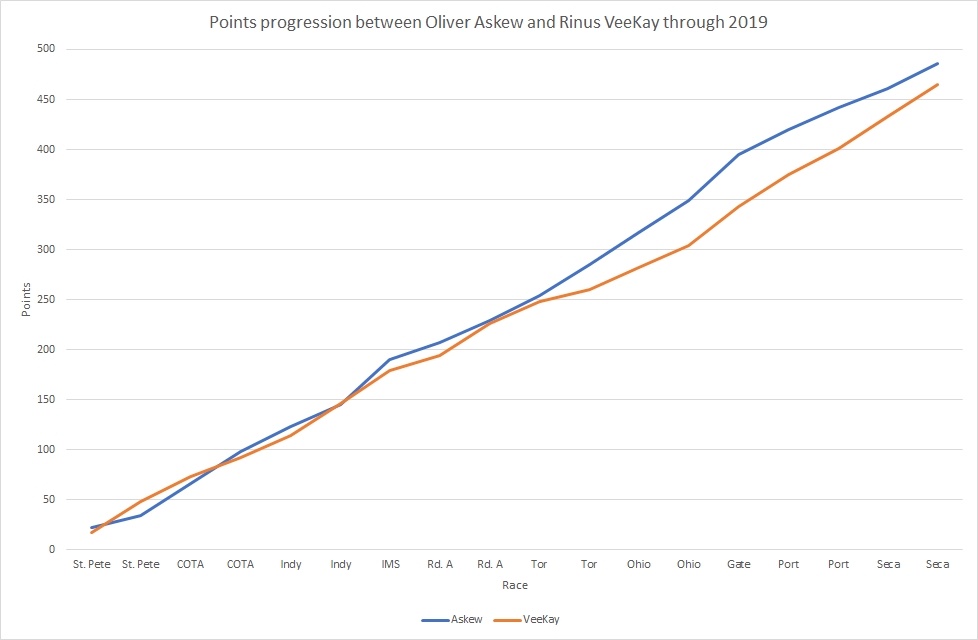 The progression of the Indy Lights points tally throughout 2019

That Gateway oval race was arguably the most defining point of all. Askew had to work his way past a super fast VeeKay to win, after initially losing position to the Dutchman, and continue to extend his points lead rather than have it dented.

“Going into the second half of the season those were two tracks I knew we were going to be good at and we just had to execute and get the points on the board.”

The points gap stood at 52 by then, meaning Askew just had to keep his podium going in an eight-car field to win the title.

VeeKay did what he could thereon, sweeping the final four poles of the season and taking three wins (with Sowery winning Portland race two), but it was in vain as Askew became champion by finishing an off-form fourth in the first Laguna Seca race.

Sowery’s strong results in the final few races vaulted him ahead of Norman and Megennis to third in the standings, as their seasons fell somewhat flat by the end. For Sowery, it was a strong end to a season where his speed didn’t always go rewarded.

“They [Megennis and Norman] showed quite a bit of speed, especially in pre-season testing,” Askew says, “and I think where we’ve excelled on my side of things is adapting to different conditions over the race weekend so we’re a little bit more consistent, and at the end of the season you can see that’s [become] a pretty big points deficit over time.”

It is expected that both Askew and 19-year-old rival Veekay will graduate to IndyCar next year in some capacity. Their rivalry has been a highlight of the RTI in recent years, and it will be fascinating to see whether it will continue into the top level or whether – like O’Ward and Herta, the pair have different long-term destinies. 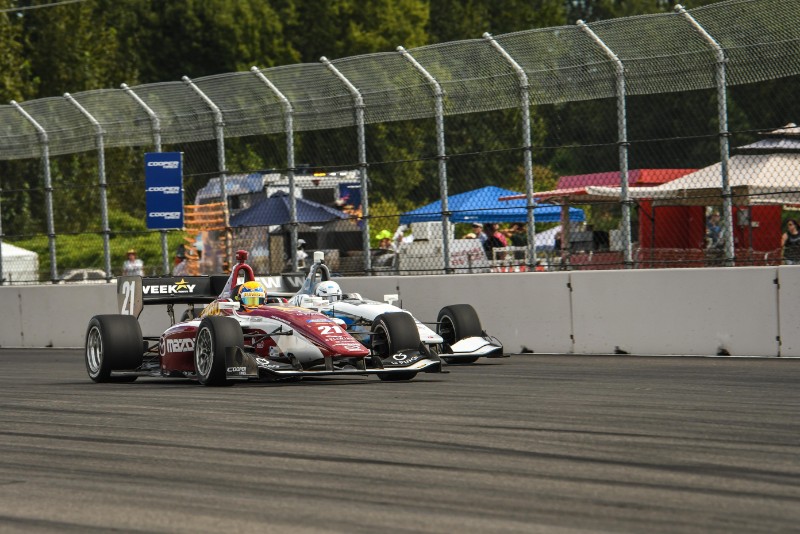 “I think it’s healthy,” said Askew of his VeeKay rivalry. “I mentioned it at Portland to somebody I don’t think we – either of us – would be as good without each other and without the competition we’ve put up over the past couple of years. So I think we can both kind of relate to each other and I guess that’s both of our benchmarks. We both have a similar amount of experience so we can kind of see where we’re at compared to each other.”

There are similarities between this season and a number of recent Lights campaigns – small numbers and one or two really strong drivers leading the way. But, as Herta and O’Ward proved in IndyCar this year, what the series lacks in outright quantity it can really make up for in quality.

More cars would help, and Exclusive Autosport and potentially RP Motorsport will help bolster numbers slightly next season, but the strength of the graduates proves that the series works in its current format regardless of grid size. Provided this year’s alumni get the right support and opportunities, there shouldn’t be any reason for a repeat next year.

“I was reading on some of the forums on a motorsports website the other day and there are people commenting on one article about me saying ‘Indy Lights champion that doesn’t mean anything’ but then immediately other people are reacting to that comment pointing out Herta, pointing out O’Ward. Those are really good drivers who came through and Colton didn’t even win the championship last year and he’s already winning races in IndyCar, so I don’t think the car count in Indy Lights right now defines how talented the drivers are,” said the new champion.

From the archives
Five young drivers McLaren should take a IndyCar chance on (August 2019)
How Patricio O’Ward became Red Bull’s next Formula 1 project (July 2019)
Rinus VeeKay: IndyCar’s answer to Max Verstappen? (March 2019)
What next for the Road to Indy? (October 2018) 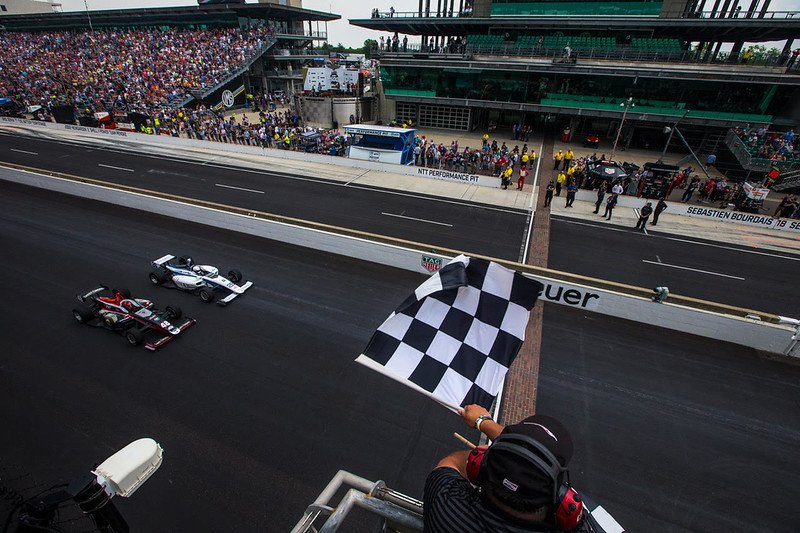