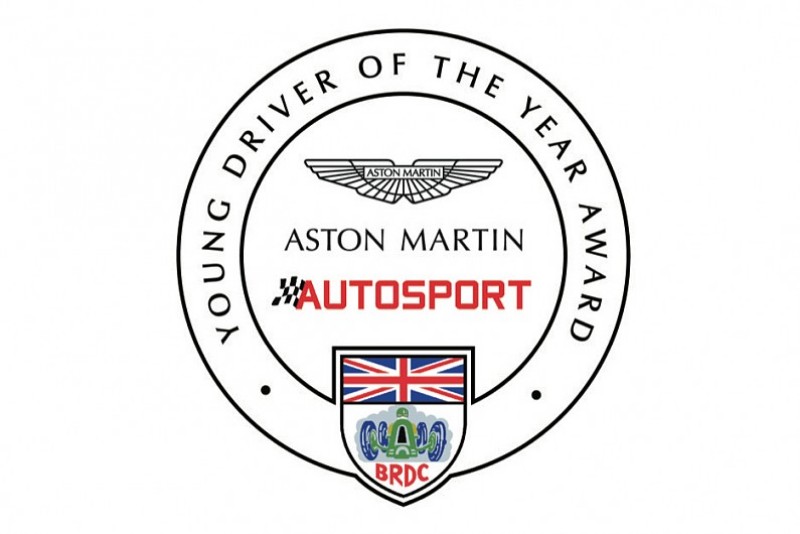 The four finalists chosen for the 2019 Aston Martin Autosport BRDC Award have been announced.

Only Ahmed has previously been a finalist for the award, after winning the BRDC British F3 title in 2017.

“I had no clue I’d be chosen! I didn’t win Japanese F3 so I wasn’t sure I’d be considered,” said Ahmed.

“It’s been a hard year – I signed the deal late and rocked up not knowing the tracks, which are quite difficult. It’s been a good learning year so I think I will be more professional when I come back.

Aston Martin junior Chadwick said: “Every year it’s something I think every young UK driver is aiming for. I’ve never had a strong enough year to warrant a nomination until now. My season finished early so it’s been something I wanted.

“I know quite a few other finalists and they’ve said the two test days are some of the best days of their careers. I’m really looking forward to it.”

British F3 runner-up Hoggard added: “I’ve seen BRDC F3 drivers being nominated before and Tom Gamble won it last year so it’s a good championship to be in.

“It’s such a wide variety of cars, you get a challenge in all of them. My background is in single-seaters and I hope to adapt to the F2 car quite quickly, but the GT3 will be really different.

Simmons, who finished just behind Hoggard in the British F3 standings, said: “It’s amazing. It’s something I had in mind and it’s such a prestigious award.

“I had a lot of pace this season, but didn’t always get the results. It wasn’t a surprise to be in the final 10, but I wasn’t sure I’d make the final four. It’s been a good year and I’ve learned a lot.

The winner of the award receives ?200,000 and test drives in a Red Bull F1 car and Aston Martin Vantage GTE as used in the World Endurance Championship.