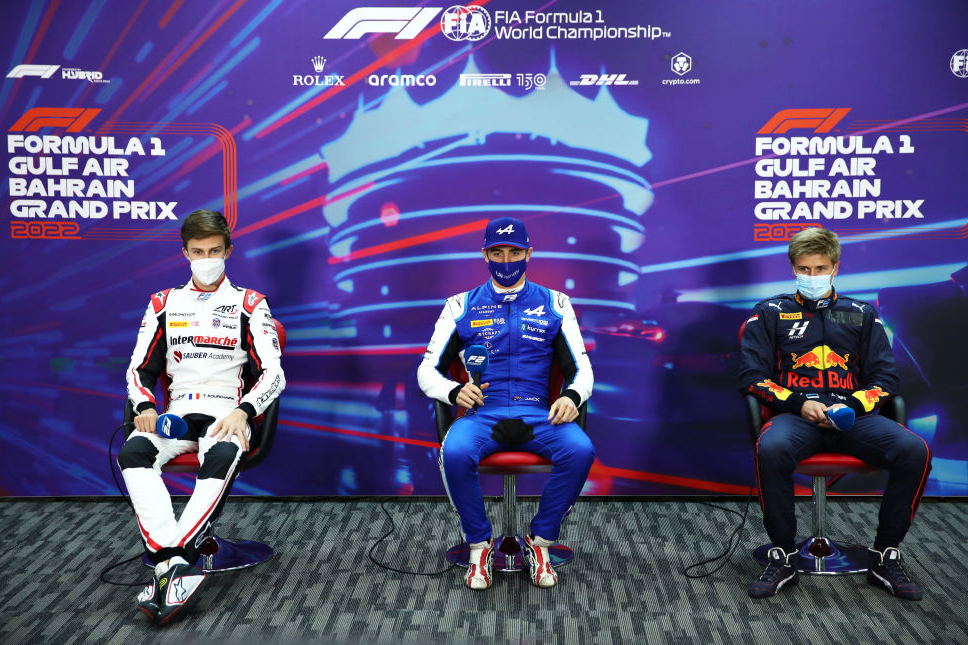 A small tweak to the Formula 2 qualifying ruleset may prompt a rethink into how teams approach the session after Virtuosi Racing’s Jack Doohan’s pole position at Bahrain.

Teams could refuel between qualifying runs in previous seasons, but that has been outlawed for 2022. Doohan did just two flying laps in Bahrain, on two separate sets of tyres, and his strategy meant he could run lighter on fuel for his laps.

The Alpine junior highlighted similarities between F2’s revised rule and his last two years competing in FIA Formula 3 in the post-qualifying press conference.

“Last year you could refuel in quali so that was different, but now it’s back to the Formula 3 [style], so not much difference there,” the Virtuosi Racing driver said.

“A lot relied on that last set, that was the set that counted. It’s quite cool because it puts a good amount of pressure on that last run, and that builds things up, which I quite like.

“Also, it takes away basically the first set. So it’s also unfortunate on that point because you don’t have two shots to do the pole. There’s always positives and negatives but it’s good to be able to extract a lap late on in the session.”

“It actually changes quite a lot. Because on some tracks if you do an extra push and cool it can be almost two tenths worth of fuel per lap, so the feeling you have in the car is quite different,” he commented.

“Jack’s first run would have been much more representative than Theo’s, because Theo did two pushes on each set. So the car would have been a lot heavier and it would have felt quite different. So there’s a lot to think about with that.

“We were actually thinking about doing the same as Jack did but I had quite a scrappy free practice session myself, so I wasn’t too comfortable with it, I wanted a little bit of extra time and I’m not sure if it’s good or bad. But definitely the new fuel rule changes things.”

ART Grand Prix’s Theo Pourchaire, who sat between the pair on the grid for the feature race, said:

“It’s a bit different because you know that the pole position will be made on the second set of new tyres, so the first set I was just a lot too careful. But that’s also a good thing to do, because you don’t want to crash the car there to take so many risks – the first set doesn’t count, really.

“It’s a bit different. Maybe it’s something we need to work on with ART because Virtuosi did a different strategy with maybe a bit less fuel, and only one push per set, which is maybe a bit better.”