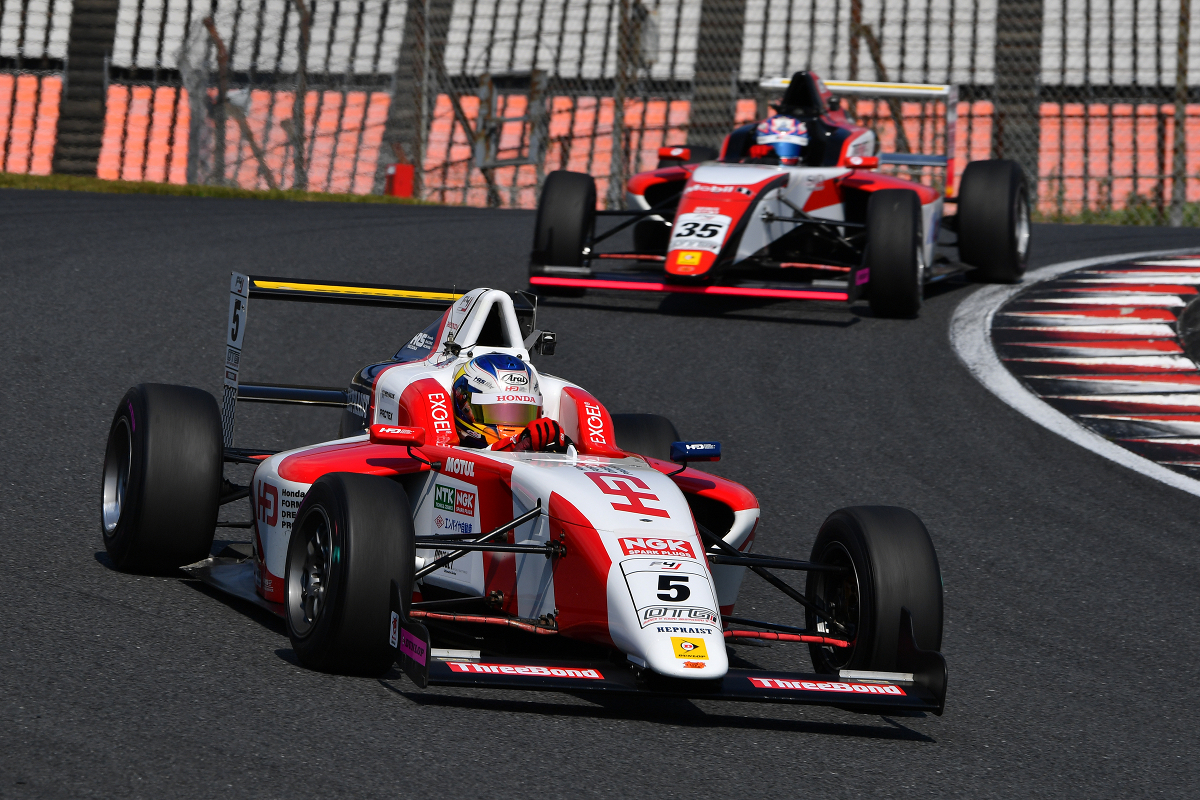 The Japanese Formula 4 points lead has changed hands again ahead of the final round, as Honda junior Syun Koide returns to the top of the points table.

Koide made it back ahead of fellow Honda protege Yusuke Mitsui with a strong weekend at Autopolis as he won both races from pole.

He took pole for race one by a massive 0.439 seconds, and then resisted fellow front row man Rin Arakawa on the opening lap to set up his seventh win of the season and take the points lead.

There were two safety car periods during the race but it did not fluster Koide up front.

Mitsui started and finished third under some late-race pressure, while Jin Nakamura had a strong opening lap to rise up to fifth before passing Rikuto Kobayashi on the first safety car restart lap to take fourth place.

There was lots of battling behind, and Yugo Iwasawa finished sixth ahead of Takuya Otaki and Ayato Iwasaki.

Shion Tsujimoto had two incidents during the race, the second one leading to Yoshitsugu Kondo retiring, and Buzz Racing team-mate Jiei Okuzumi ended his race by striking the car of Sena Yamamoto who had spun.

Koide headed Arakawa by 0.221s in qualifying for race two, and once again had an untroubled route to victory despite the appearance of the safety car.

This time the race began behind it, as Toyota junior Kobayashi leaked fluid from his grid spot until he came to a stop at the side of the track on the formation lap and dust had to be laid down to make the track less slippy. It delayed the start, then the first two laps ran at the safety car’s pace.

There was almost no overtaking once racing began properly on lap three of 12, with Koide leading home a top 13 that finished in the same order that they started.

Toyota’s Arakawa and Mitsui rounded out the podium, while Nakamura attacked Nishimura for fifth for much of the race but could not find a way past. The only retiree was Wataru Yoshimura, who went off on lap three.

Koide and Mitsui head to Twin Ring Motegi next month split by 14 points, and with 50 up for grabs in the final two races of the season.