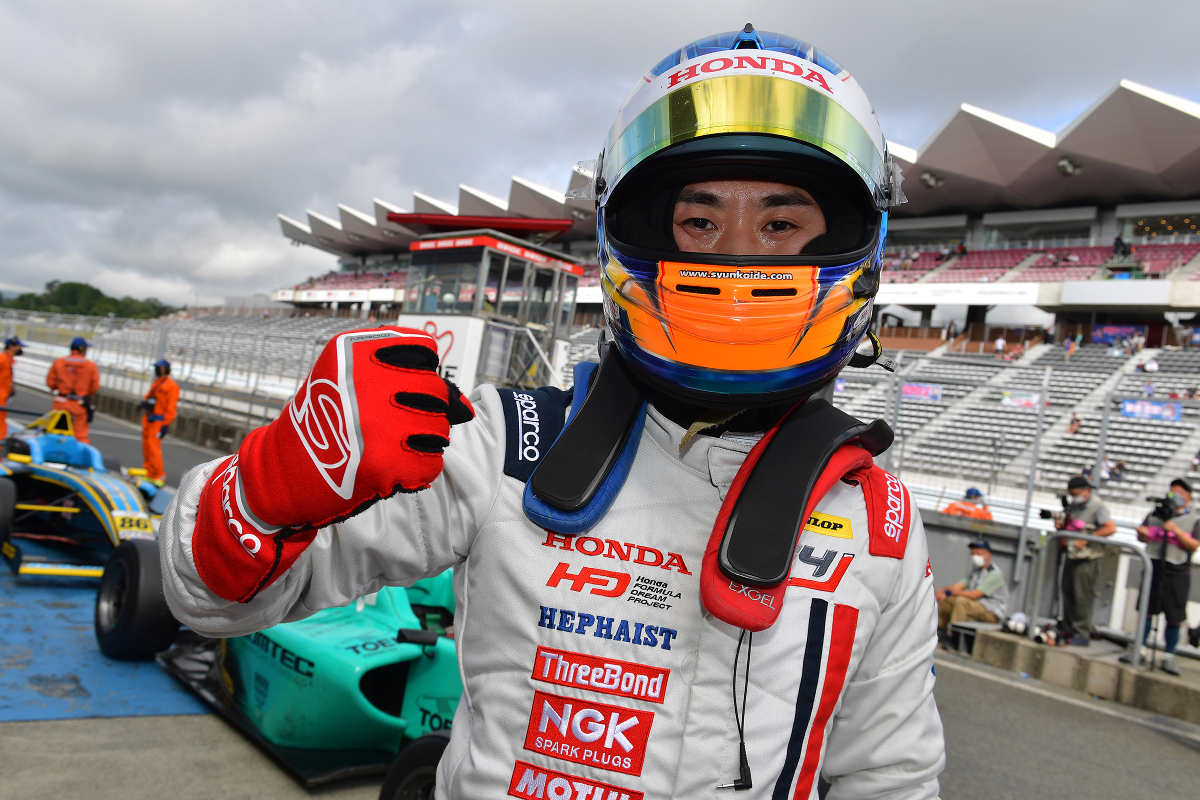 Honda has rewarded its Japanese Formula 4 champion Syun Koide with seats in Super Formula Lights and Super GT for 2023.

The 23-year-old came 10th in a part-season of Japanese F4 two years ago, then has driven in Honda’s junior team in the series over the past two seasons. He won one race en route to sixth in the 2021 standings, then claimed nine wins and the title in 2022.

Koide will now step up to the Formula 3-level SF Lights series with Toda Racing, and also take a step in his sportscar career as one of Honda’s juniors by racing for Team UpGarage in Super GT’s secondary GT300 class. He will share a car with Takashi Kobayashi, taking the place of Kakunoshin Ohta who has been promoted to a seat in the top GT500 class.

Earning a second season in SF Lights is Iori Kimura, who came third in the championship this year as a rookie. He stays at B-MAX Racing for his sophomore campaign, and will be aiming for the title after picking up three wins and two poles this year.

Kimura, who is Japanese-Russian, also previously raced in Japanese F4 as a Honda junior, and came third in the 2021 standings with four wins.

Honda has not announced how its Honda Formula Dream Project operation will be involved in F4 for 2023, having frequently run its own team in the Japanese championship and sent drivers over to French F4 too.

While Souta Arao, who finished third in French F4 this year with Honda’s backing, is set to step up to GB3 with Hitech GP (a move the team is yet to confirm), his stablemate Yuto Nomura’s 2023 programme is yet to be revealed.