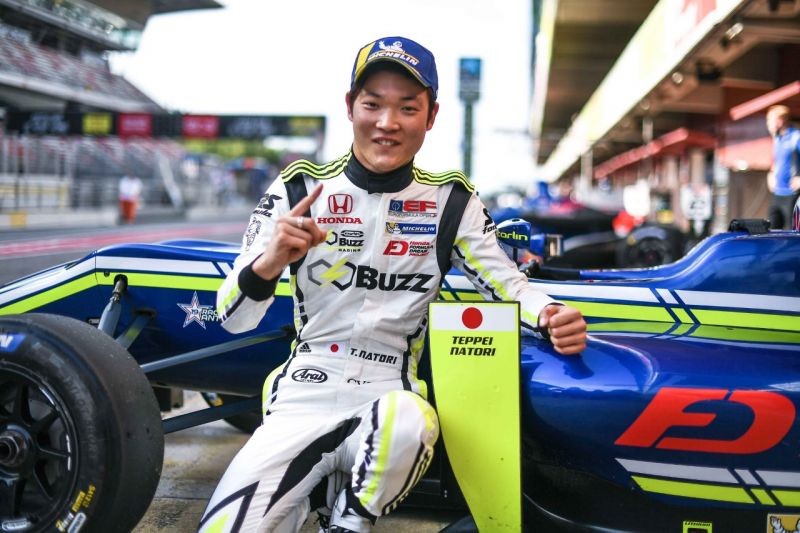 Honda junior and Euroformula race-winner Teppei Natori will make his debut in Super Formula this weekend, as well as racing in the supporting Super Formula Lights series.

The 19-year-old, whose first time driving the Dallara SF-19 used in SF will come in Friday’s pre-event test, will drive for B-MAX Racing with Motopark at Twin Ring Motegi in place of Dragon Racing Formula E driver Sergio Sette Camara.

Sette Camara, who is also Red Bull’s Formula 1 reserve driver, and his team-mate Charles Milesi were denied entry to Japan in time for SF’s season opener due to travel restrictions set by the country in response to the coronavirus pandemic.

Last year Natori raced in FIA Formula 3 Championship and Euroformula with Carlin, picking up one win, and was title runner-up in his second Japanese Formula 4 season in 2018.

Natori’s sponsor Buzz supports B-MAX/Motopark in SF, and has paid for the local talent’s SF debut. The second of the team’s cars will be parked, leaving the SF grid for Motegi at 19 drivers.

In SF Lights – which uses the same new Dallara 320 car as Euroformula – Natori will drive for Toda Racing, which uses its own self-developed engine. He will participate in four races across the weekend; three in SF Lights and his SF debut.

While German outfit Motopark will be providing remote engineering assistance to the Japanese B-MAX operation in SF, the equivalent SF Lights team will be without Motopark’s support for this weekend.