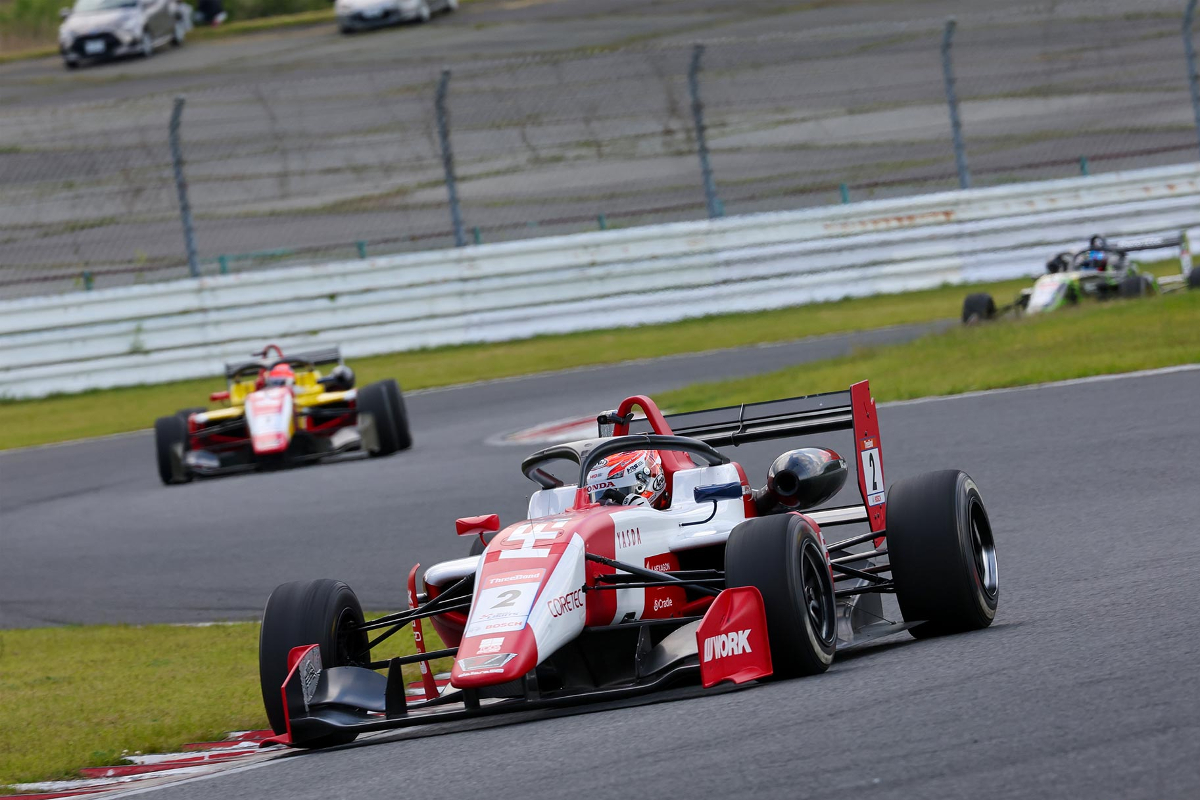 Ohta took pole for race one of the weekend, which had an aborted start that left drivers sitting on the grid for over a quarter of an hour before they then did a second formation lap.

When the race actually started, two drivers stalled and Iori Kimura tried passing Ohta for the lead around the outside of the first corner. He couldn’t get the move done but did stay alongside Ohta through the next corners, with the outside line becoming the inside for the direction change of turn four where he got ahead.

The pair broke away, with Ohta briefly putting some pressure on Kimura in the middle of the race before the leader pulled away to win by six seconds. However it was Ohta who claimed the championship lead, as pre-race points leader Kazuto Kotaka finished a distant sixth.

His TOM’S team-mates Seita Nonaka and Hibiki Taira finished third and fourth, with Nonaka closing in on Ohta late on while Taira jumped B-MAX Racing’s Togo Suganami at the start to claim his position.

Ohta was on pole again for race two, with Kimura his immediate rival straight away as Suganami was slow away from the front row. A slow arrival into turn one by Ohta baulked Kimura, and enabled Suganami back into second until he then also got caught out by a slow Ohta and crashed into his rear which broke his own front wing. Moments later, Taira then spun too.

The safety car was summoned and Suganami was able to pit, and on the restart the top four of Ohta, Kimura, Furutani and Nonaka sprinted away while three cars pitted.

The gaps opened up at the front, and Ohta led home Kimura, Furutani, Nonaka, Reiji and Yuya Hiraki.

Kimura rebounded with a crushing lights-to-flag win in the longer third race, despite being beaten off the line by Ohta, winning by 16.570s after 21 laps of racing.

Braking as late as possible on the inside earned Kimura the lead back at turn one, and Ohta tried to fight back at turn three but was soon focused on those behind and was hounded the rest of the race by Nonaka and Suganami.