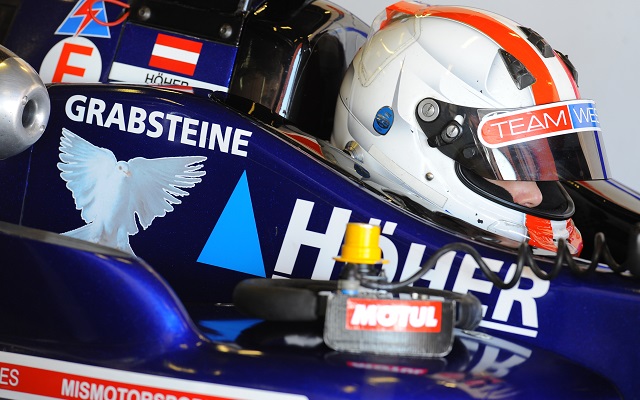 Austrian youngster Christopher Hoher has been added to the sizable lineup of F3 Open frontrunners Team West-Tec as their seventh confirmed driver.

?I am very, very pleased to have signed with Team West-Tec. I really enjoyed working with them in 2013 and I am sure we are going to be fast in 2014. I tested the Dallara F312 in December with them and had a great feeling with the car – I will be working hard to maintain their winning record!?. said Hoher.

?Chris first drove for us at Barcelona in 2013 in a very impressive debut that went a little under-the-radar in the intense Championship fight we eventually won out in”, stated Team West-Tec boss John Miller. “He is a naturally very fast driver and has very good technical feedback and ability to communicate. We are really pleased that he will race with us again in 2014.”

Hoher, who is the 15th addition to the grid, will step up to race among F312 cars in the main class. The Austrian already has four teammates in F312s, including Cameron Twynham, Nicolas Pohler, Yarin Stern and Tanart Sathienthirakul. West-Tec’s lineup so far is completed by Copa drivers Wei Fung Thong and Chang Wing Chung.