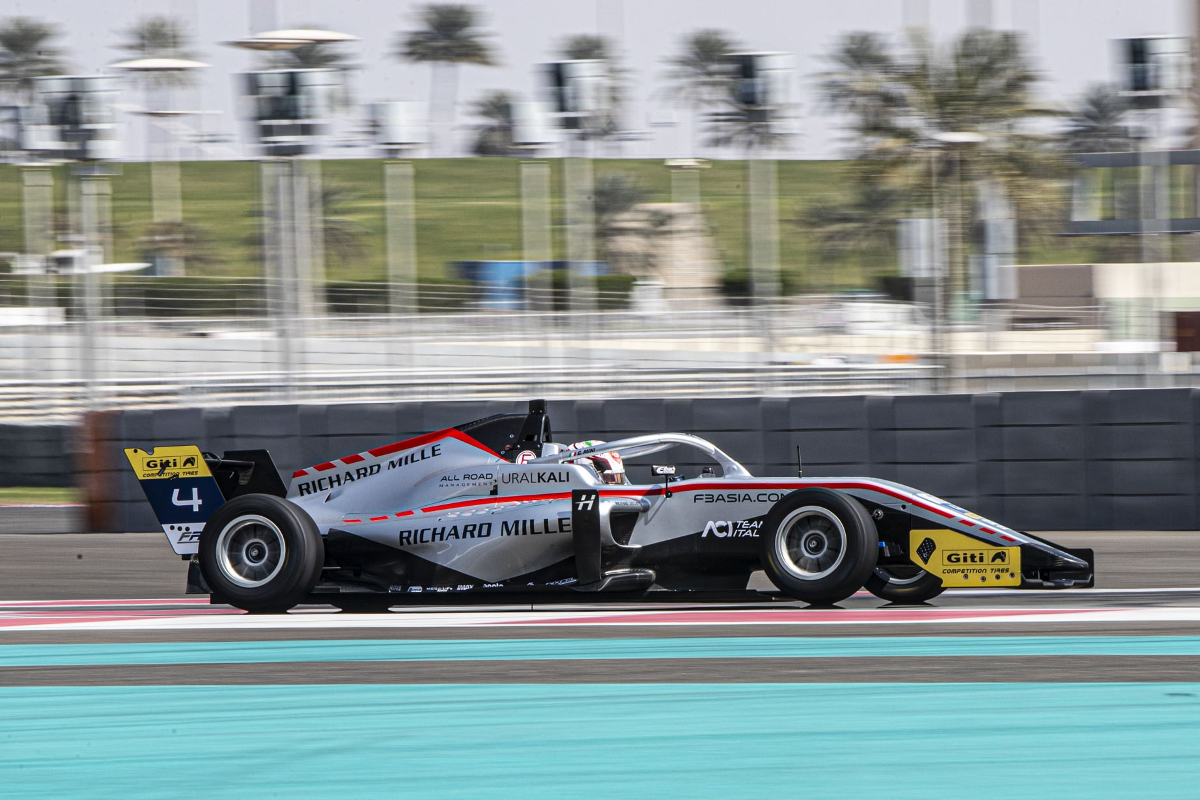 Hitech GP will run six drivers across four cars in Formula Regional Middle East this year, with two full-time drivers and four who will share cars.

British Formula 4 graduate Daniel Mavlyutov and Sebastian Montoya will each do the full five-round season in Kuwait and the United Arab Emirates, while Jak Crawford, Alex Dunne, Gabriele Mini and a yet-to-be announced driver will race part-time.

Mavlyutov made his motorsport debut in the 2021 Formula Ford Festival at Brands Hatch with PWR1 Racing, in an effort to gain license signatures so he could then move into F4. The Russian reached the first Progression race, but was lapped, and then contested the Walter Hayes Trophy, FF1600’s other end-of-year classic, at Silverstone.

He came 19th in his heat and retired from the Progression race. After that he did a Champion of Brands event, finishing seventh in race one of the weekend.

Montoya (believed to be joining the Red Bull Junior Team) is embarking on what his essentially his second FRMEC campaign, having raced part-time in the series last year when the UAE races ran as the FRegional Asian Championship. He won on debut with Mumbai Falcons, and two wins and three poles helped him come seventh in the points despite missing two rounds.

Following that he raced in FRegional Europe for Prema, and was the third-highest placed rookie in the standings in 13th place.

Doing the first three rounds of the upcoming FRMEC campaign will be Crawford and Mini, both drivers who have previously driven for Hitech.

Crawford did the 2021 FIA Formula 3 season with the team, and moved to Prema last year to contest FRAC and FIA F3. He has said that, following his appearances in FRMEC, he will step up with Formula 2 but no drive has been announced yet.

Mini meanwhile did four of the five FRAC rounds last year with Hitech, winning two races, claiming one pole and coming fourth in the standings. After racing for ART Grand Prix in FREC, where he was runner-up, he will not only reunite with Hitech for the coming weeks but also for the step up to FIA F3 this year.

Dunne had a stellar 2022 with Hitech, his second year in single-seater racing, as he won twice in F4 UAE and then romped to the British F4 title with 11 wins. He also came second in Italian F4 with US Racing.

The Irishman will do the final two rounds in FRMEC will help him prepare for his step up to GB3, which he will be doing with Hitech. The as-yet unnamed sixth driver will also be doing the final two FRMEC rounds.

Villagomez sticks with VAR for third season in FIA F3