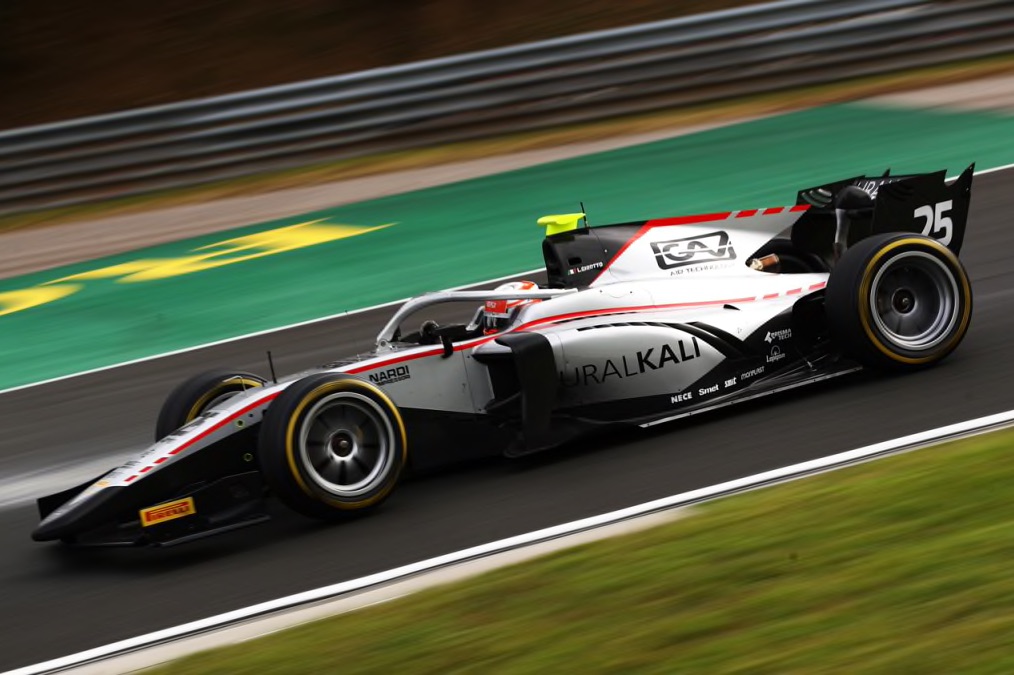 Hitech GP’s director Oliver Oakes has taken full ownership of the team ahead of the new Formula 2 and Formula 3 seasons beginning later this month.

Oakes created the current iteration of Hitech in 2015 to compete in the now-defunct FIA European Formula 3 championship, and last month became the sole owner of the team once again with Bergton Management Limited ceasing to have 75 per cent shareholding.

“It was always part of the strategic plan for Bergton Management to exit Hitech in early 2022 and myself to own Hitech fully,” Oakes explained to Formula Scout.

The team is currently in Bahrain for this week’s pre-season test for F2 and F3 and its cars have appeared at the track without the logos of Uralkali, which has been a partner of the team since 2016 when Haas Formula 1 driver Nikita Mazepin was among its drivers.

Uralkali, chaired by Mazepin’s father Dmitry, was one of the three companies to have previously held majority shares in Hitech along with Fungosa Management Limited (which owns trademarks for Nikita Mazepin) and Bergton.

Asked whether Uralkali would stop being a sponsor and partner of the team as Russian companies come under pressure following the country’s invasion of Ukraine, Oakes said: “We are apolitical. We are a race team and we focus on racing. Should the UK Government and its partners decide to sanction Uralkali, we will of course comply with their directive.

“We are about to head to Bahrain and start the season. As I stated earlier, I am completely apolitical and all my focus is on putting the best package together that we can to head into the season.

“That said, war is not an answer. I am sure this position is shared with the world, including the Russian and Ukraine people.”

Haas dropped Uralkali branding during the F1 pre-season testing in Barcelona last week, when Dmitry Mazepin was one of the oligarchs that met with Russian president Vladimir Putin for a business meeting following his decision to send the Russian Army into their neighbouring country.

However, Mazepin was not among 26 new individuals added on Monday (February 28) to the European Union’s sanctions list. It was started after Russia’s illegal 2014 annexation of Crimea, and sought to sanction Russian oligarchs and companies who “undermine the territorial integrity, sovereignty and independence of Ukraine” put down in the peace-seeking Minsk agreements by having “actively supported [or benefited from] materially or financially Russian decision-makers responsible for the annexation of Crimea and the destabilisation of Ukraine” and subsequently the recent nationwide invasion.

Hitech has expanded its roster of cars in each year of operation, moving into Formula Regional in 2018 and taking on responsibility of running the grids of the Motorsport Games Formula 4 Cup and W Series in 2019 – the same year it joined the F1 support paddock in FIA F3.

In 2020 it added F2 and GB3 programmes, and at the start of 2022 joined F4’s Gen2 era in the United Arab Emirates ahead of entering British F4 this season.