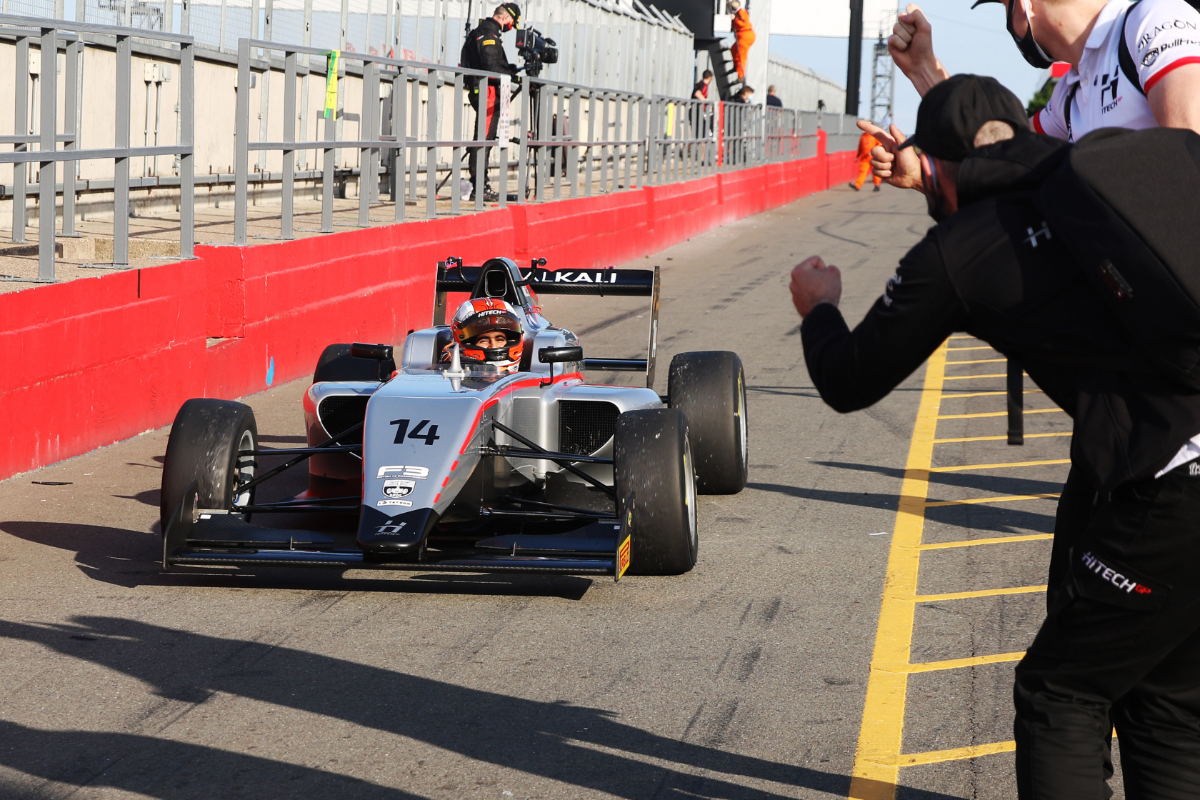 Hitech GP boss Oliver Oakes has drawn comparisons with his team’s entry into other series after it challenged for the BRDC British Formula 3 title in its debut season.

The Silverstone-based outfit only announced its championship entry in late June, just over a month before the season-opening Oulton Park round, but was immediately fastest with Kush Maini in the first pre-event test of the year.

A first podium came in its second race, with Maini then delivering the modern iteration of Hitech its first British F3 win at Brands Hatch. With a quarter of the season to go Maini led the points, but he lost the title to Carllin’s Kaylen Frederick.

“The series itself was everything I expected, really,” Oakes said to Formula Scout post-season.

“It’s really well run, [series organiser] MotorSport Vision keep the costs under control, and the drivers get a lot of track time. You’ve got open testing, three races and one of those being reversed grid makes it really good.

“From our side as a team it was sort of a bit of deja vu really, because we join it and what’s meant to be [that time] you go in and you’re figuring it out – we hit the ground running.”

Hitech was quick to win in FIA European F3 in 2016, won on its first Asian F3 start in 2018, then claimed victories in its first FIA F3 Championship season in 2019 and when it moved into Formula 2 this year.

“I think what was more surprising for us as well was Reece Ushijima, who was straight from karting, he had a couple of proper podiums, which was quite nice,” added Oakes.

Ushijima made the podium twice in his first year-long single-seater campaign, having debuted in Formula Ford 1600 at Anglesey last November, and then competed in the MRF Challenge over winter.

“And then Kush was fighting with Kaylen for the championship, and to be fair to us and to Kush there were a couple of wet races where as a team we were figuring out the British racing scene, compared to only racing in Europe to date.

“Going into Silverstone [the season finale], we were all quite excited, because Kush and Kaylen were both on the front row for the two [non-reversed grid] races to fight it out. But it just wasn’t really meant to be.

“Not making excuses for Kush, but both races he was on the wet side of the grid so he dropped at the start, and Kaylen did the perfect job really. Credit to him and Carlin. It was a battle, they won it. As always it’s you’re fighting with either Carlin, ART Grand Prix or Prema. It’s deja vu!”

O’Sullivan: Approach to BRDC British F3 will be “pretty similar” to F4