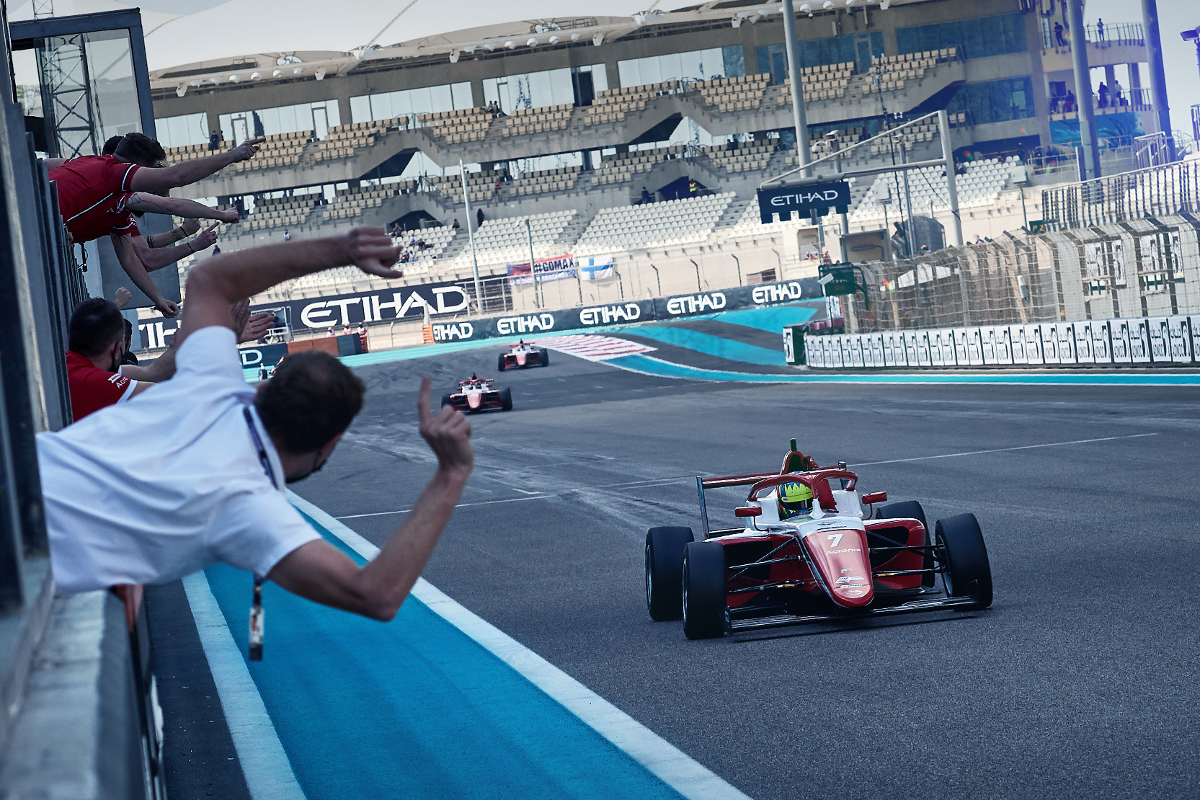 Hitech GP and Prema have revealed their full line-ups for Formula 4 United Arab Emirates, the first championship in the world to use an F4 Gen2 car.

The Tatuus T-421 will be raced later this month in the UAE before appearing in series across the globe, with Hitech preparing for its debut campaign in British F4 while Prema picks up running ahead of the ADAC and Italian F4 seasons.

Cram Motorsport has partnered with Hitech to race in the UAE, with the Italian arm having already announced Ricardo Escotto and Anshul Gandhi. Hitech has now added Alex Dunne and Ollie Gray, both of whom debuted in F4 last year.

Ireland’s Dunne was a star in British cadet karting before going international in junior karting in 2018. He won the WSK Champions Cup in 2019, and moved up to OK karts for 2020. Last year he entered Spanish F4 as a solo driver for Pinnacle Motorsport, claiming pole and a third place finish on his debut but only scoring points three more times before he split with the team and Super Formula outfit KCMG, who he had become a junior driver of, after three rounds.

Despite a lack of budget, he landed in ADAC F4 with US Racing, also doing three rounds there and taking two poles, two podiums and eighth in the standings.

Gray, winner of the British Kartmasters Grand Prix and the national title for X30 Junior karts in 2019, also did a single year in senior karting before he debuted in British F4 with Fortec Motorsports. Two wins and two poles at Thruxton helped him to seventh in the standings, and he appeared in Italian F4 twice. He is believed to be returning to British F4 this year.

Prema will field two cars under its own name and two as ‘Abu Dhabi Racing by Prema’. Charlie Wurz, son of former Formula 1 driver Alex and the Abu Dhabi GP support race winner, will do all five rounds for Prema alongside Ferrari F1 junior Rafael Camara who is debuting cars after being Champions of the Future and WSK Super Master Series champion in OK karts last year.

In the Abu Dhabi Racing line-up, British F4 podium-finisher Aiden Neate will move from Xcel Motorsport (who he raced for in the non-championship race) and will contest the full season.

James Wharton, another Ferrari-backed karting graduate, will contest the first two rounds before handing over his car to Mercedes-AMG F1 junior Andrea Kimi Antonelli for round three. Danish F4 champion Conrad Laursen will then take over the seat for the final two rounds.

Antonelli, Camara and Wharton are confirmed to be racing for Prema in Italian F4 this year, with select ADAC F4 outings, while Neate will return to British F4 full-time with Argenti Motorsport