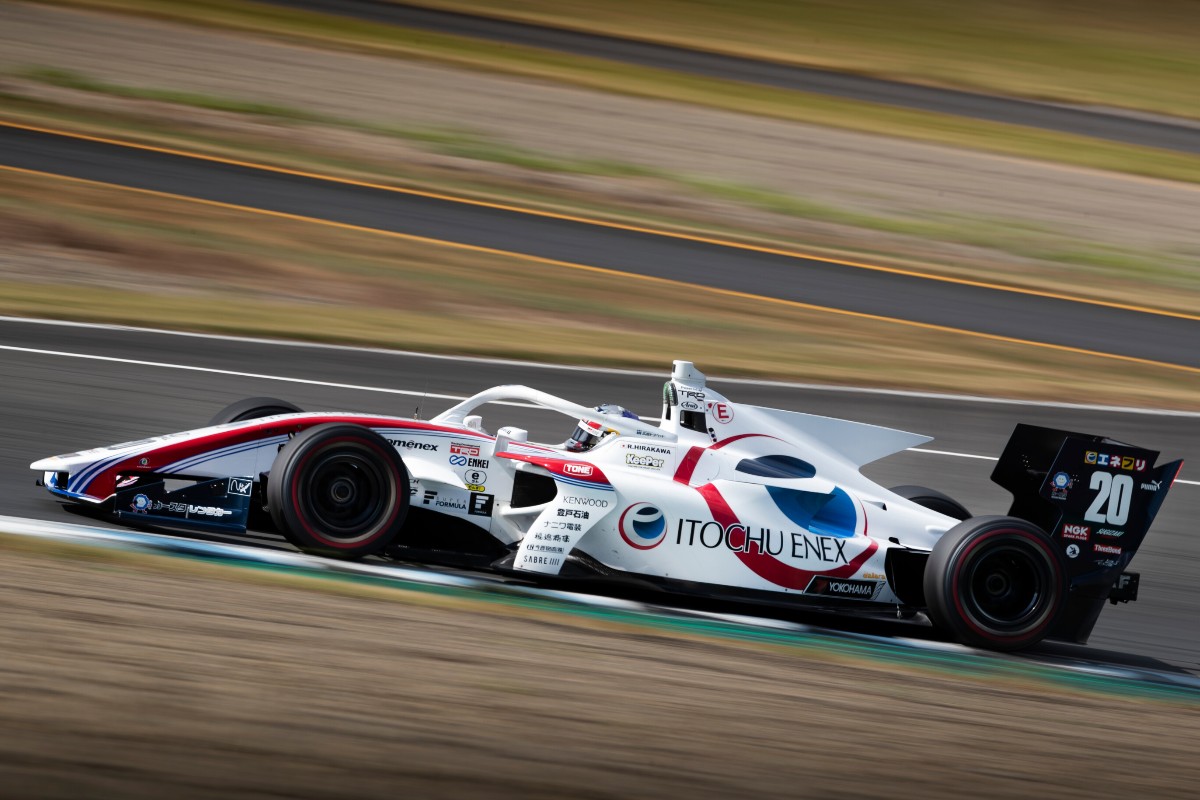 Two red flags disrupted running during the hour-long session, with the final stoppage bringing an early end to running.

Team Impul’s Hirakawa jumped to the top of the order not long before the final stoppage, a 1m04.745s time putting him a tenth of a second ahead of KCMG’s Kamui Kobayashi.

The session got off to a slow start, with only a handful of drivers heading out on track in the first 10 minutes. The wet weather having cleared, laptimes were immediately quicker than those set in the earlier session.

When the field eventually headed out, TOM’S driver Kazuki Nakajima set the early pace, before Kondo Racing’s Kenta Yamashita, Sacha Fenestraz and then Kobayashi swapped times at the top of the order.

It was Dandelion Racing’s Naoki Yamamoto who was on top when the first red flag was brought out midway through the session, caused by a crash for KCMG’s Yuji Kunimoto.

Reigning champion Nick Cassidy was the first to jump to the top of the order after the incident was cleared, but was soon knocked off the top spot by Hirakawa. He was then bumped down to third by Koboyashi.

Running was stopped again a short while later when the debuting Sergio Sette Camara had another off. The B-MAX Racing by Motopark driver had an overall better session than the earlier running, where he caused a red flag with a spin, and was 13th fastest.

The stoppage in the final five minutes of the session meant running would not resume.

After setting the pace early on, Fenestraz, Nakajima and Yamashita dropped to the bottom of the top 10.