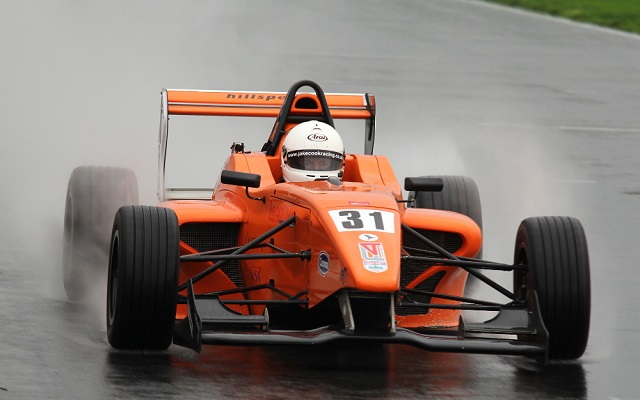 The 20-year-old Yorkshireman has enjoyed a stellar 2013 campaign in Protyre, finishing as the best-placed Hillspeed driver in fifth, with six podiums achieved along the way. His prior single-seater achievements include the runner-up spot in Formula Ford GB in his third year of doing the category.

In the official statement, Cook confirmed high ambitions for the Winter Series, saying: “I hope we’ll be challenging for the championship, it?s never taken me too long to get on the pace in anything before ? I wouldn’t be doing the F4 Winter Series if I didn?t think I could win it.”

Richard Ollerenshaw, Hillspeed team principal, commented on the signing, stating: “We’re all absolutely delighted Jake is staying with the team for his move into BRDC Formula 4. He’s a very talented driver and did a fantastic job in his first season with us in Formula Renault BARC this year. Our aim is to try and win the Winter Championship title and we’re confident Jake will be one of the main contenders.”

The two other seats in the Hillspeed lineup for the Winter Series are yet to be filled.