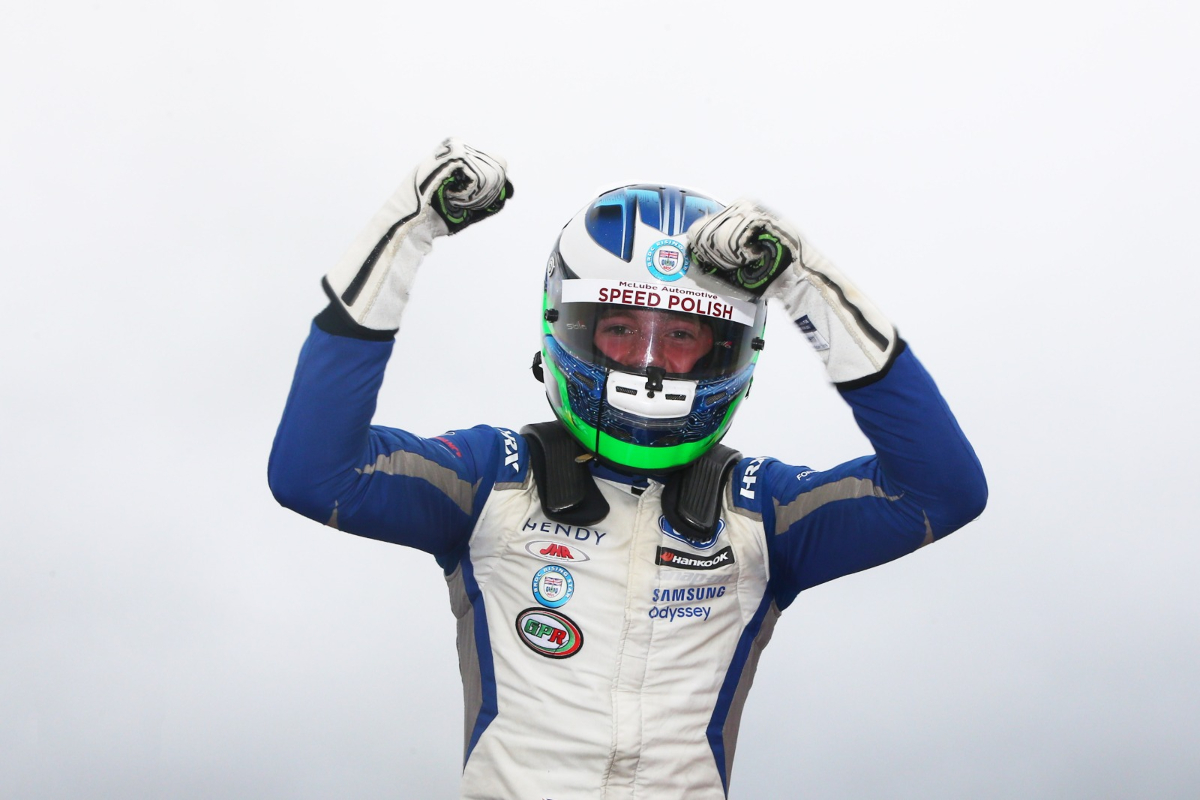 The Fortec driver charged up through the order after starting eighth. Slipstreaming around the circuit made overtaking easier, but also meant maintaining any gained position was tricky.

Hedley’s progress was briefly stalled as he battled inside the top five, but it wasn’t long before he was challenging polesitter Tom Ikin for the lead. Ikin put up a good defence, but a move up the inside of Arden driver allowed Hedley to snatch the lead.

It took only a handful of laps for Hedley to pull away as Ikin battled with team-mate Zak Taylor behind and, by the chequered flag, he was more than seven seconds clear of the rest of the field.

Taylor had tried to immediately follow Hedley past Ikin, but he shut the door. It didn’t take Taylor long to find a way through, but Ikin tried to reclaim the position.

A stunning three-way move by Joel Granfors and Tasanapol Inthraphuvasak late in the race dropped Ikin to fifth. Granfors picked up the battle with Taylor, passing him on the penultimate lap to make it a Fortec one-two.

Taylor held onto third ahead of Carlin’s Inthraphuvasak and JHR Developments’ Abbi Pulling, who climbed up from the back row of the grid after a strong qualifying performance. Ikin ended up as the top Rookie Cup driver but down in sixth.

McKenzy Cresswell had a strong start to the race and was the biggest mover in the opening laps, but couldn’t keep up with team-mate Pulling as she made her way up through the order. He finished seventh, just ahead of Roman Bilinski.

Carlin driver Bilinski had been running at the front of the order early on but dropped backwards after being passed by Inthraphuvasak. Mattias Zagazeta (Argenti Motorsport) and Joseph Loake (JHR) completed the top 10.