written by Steve Whitfield 9 May 2021 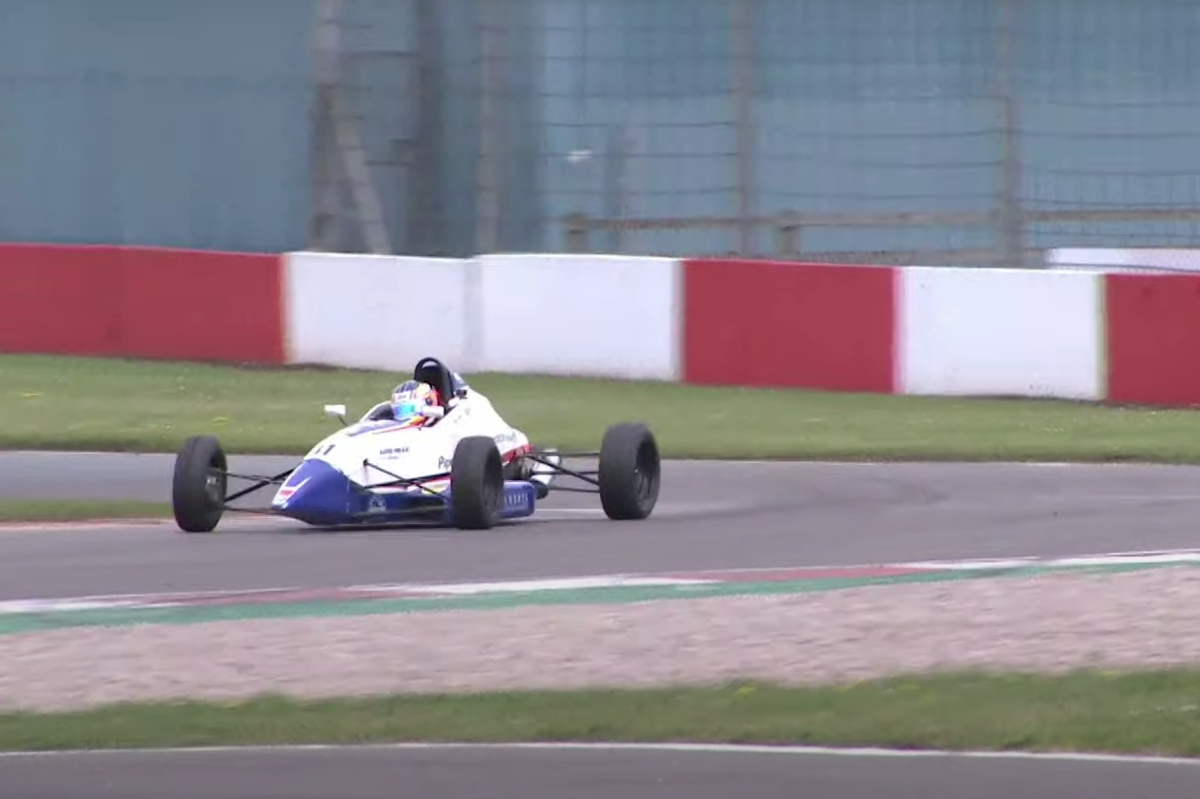 Alex Walker came from eighth on the grid to take his second BRSCC National Formula 1600 victory of the day in the reversed grid race at Donington Park.

The top eight positions from race two were reversed to form the grid, with Low Dempsey Racing’s Colin Queen starting on pole ahead of KMR’s Megan Gilkes.

Queen converted his pole into the lead at the start, with Cooper taking second into Redgate from Gilkes, who ran wide on the exit and dropped further down the order.

That allowed Smith into third, and he made it past Cooper exiting Coppice before the end of lap one.

Smith took the lead away from Queen approaching Macleans on the second lap, with Cooper pouncing to move into second.

On the next tour Queen lost third at Regate to Walker, and conceded a further place to Jamie Sharp after running wide.

Walker soon passed Cooper for second at the chicane and closed in on Smith. At Macleans, Walker made a late lunge for the lead but ran wide, with Cooper capitalising to move past the pair into the lead. Smith also lost out and dropped to fourth behind B-M team-mate Sharp.

A few corners later, Walker made a lead move stick by passing Cooper at Redgate. Walker then took advantage of the battle behind to pull away and take the win.

Smith retook Sharp and Cooper to move into second, while LDR’s Max Esterston joined the trio in the closing stages.

After taking Sharp for fourth, Esterson tried to wrestle third away from Cooper on the final lap but, unlike in race two, Cooper held off the American to clinch the final podium spot.

Queen overtook Sharp on the final tour to take fifth, while Don Hardman Racing’s Joey Foster recovered from his non-finish in race two to finish seventh.