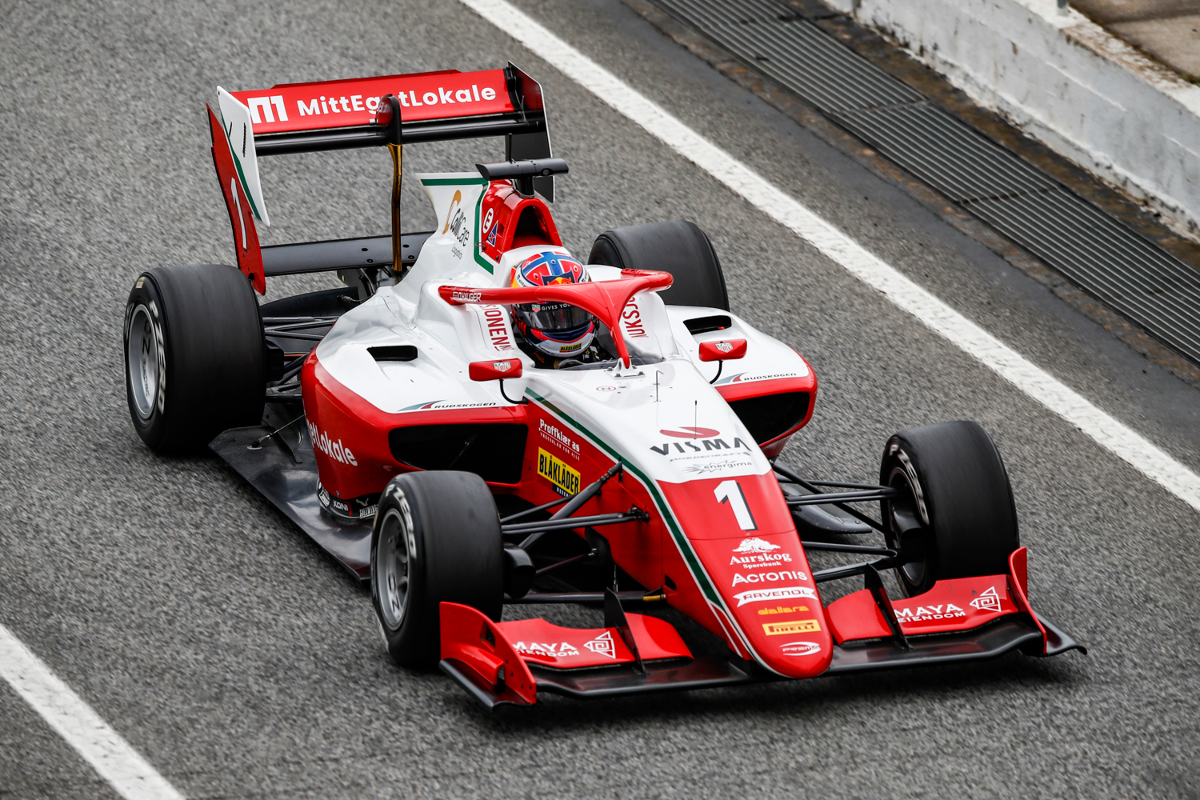 Two days of pre-season testing took place at the circuit a few weeks ago, and the majority of the field was quick to get out on track in the single practice session to fine-tune their Dallara F3 2019s ahead of the three 22-lap races this weekend.

Campos Racing’s Amaury Cordeel set the first representative laptime with a 1m34.414s but as the 45-minute practice reached the halfway point, Hauger put in a rapid lap to go quickest.

His 1m33.596s was more than two tenths of a second faster than anyone else, with MP Motorsport’s circuit specialist Victor Martins the driver who got closest.

Frederik Vesti (ART Grand Prix), Arthur Leclerc (Prema) and Alexander Smolyar (ART GP) were the only other drivers to dip into the 1m33s, in a field where the top 20 were covered by just over a second.

Clement Novalak was sixth fastest for Trident, despite sitting in the pits for the first half of the session, 0.040s ahead of Charouz Racing System’s late signing Logan Sargeant. Fellow Trident racer Jack Doohan was within a tenth of his team-mate in eighth.

MP’s Caio Collet and Prema’s Olli Caldwell rounded out the top 10, the latter just 0.6s slower than his pace-setting team-mate.

Further down the order, Juan Manuel Correa was 23rd for ART GP in his first competitive outign since his Formula 2 crash at Spa-Francorchamps in 2019.

There was just one interruption, as Carlin’s Jonny Edgar came to a halt at turn 4 on his out-lap just five minutes into the session. He managed to get the car back to the pits and re-join practice, and the Formula 4 graduate ended up 19th fastest.