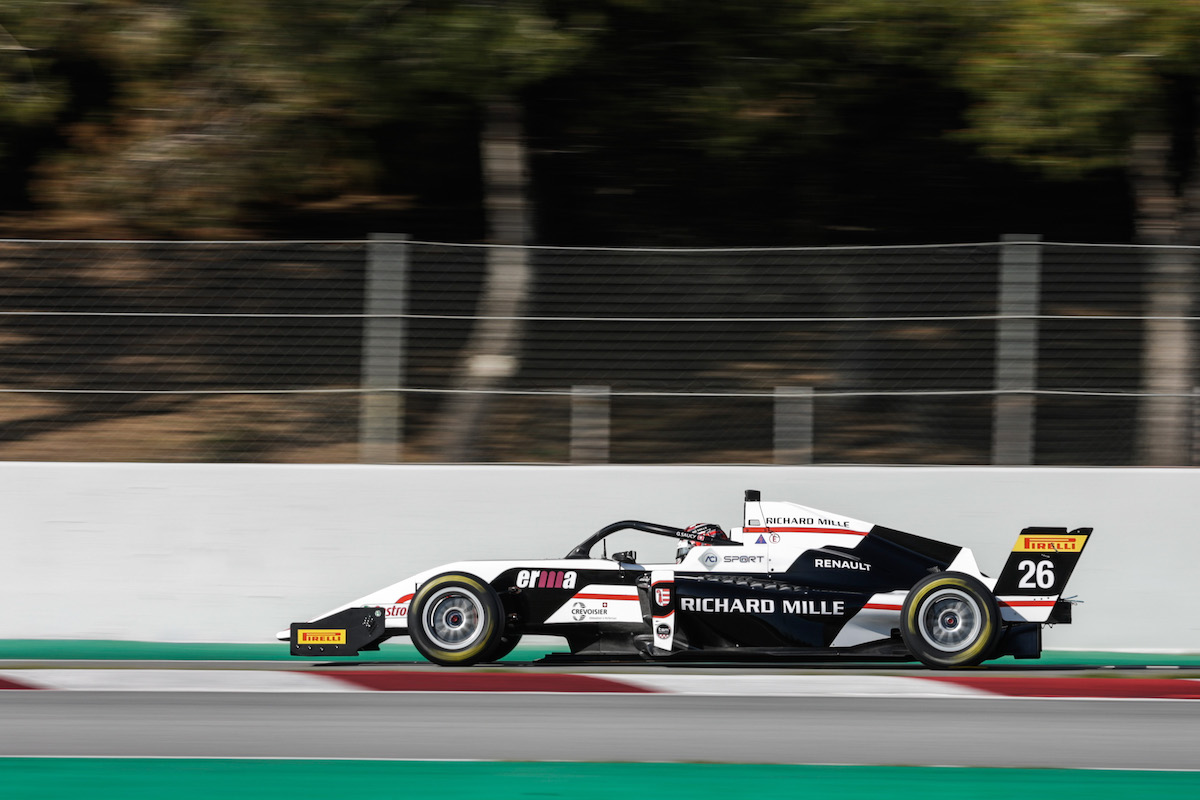 The pair were comfortably faster than the rest of the 34-car field, as they had been in pre-season testing, with KIC Motorsport’s Patrik Pasma four tenths of a second back in third. The same gap covered third to 10th place.

David and his R-ace team-mates started the session on top, setting laps in the low 1m43s, before the Prema drivers went out together and rose to the top and then MP Motorsport returnee Franco Colapinto went fastest with a 1m42.670s.

Colapinto, who missed the season opener due to clashing European Le Mans Series commitments, remained the pacesetter until the final 10 minutes when Pasma became the first driver to break into the 1m41s.

Saucy and David then went significantly faster with five minutes to go, setting the order at the top.

Arden’s William Alatalo was 0.005s slower than Pasma in third, and Zane Maloney made it two R-ace cars in the top five.

Next up were the three Prema drivers, with Isack Hadjar (R-ace) and Lorenzo Fluxa (Van Amersfoort Racing) completing the top 10.

ART’s Thomas ten Brinke, who missed the season opener due to a positive COVID-19 test, was within a second of the pace in 13th place.