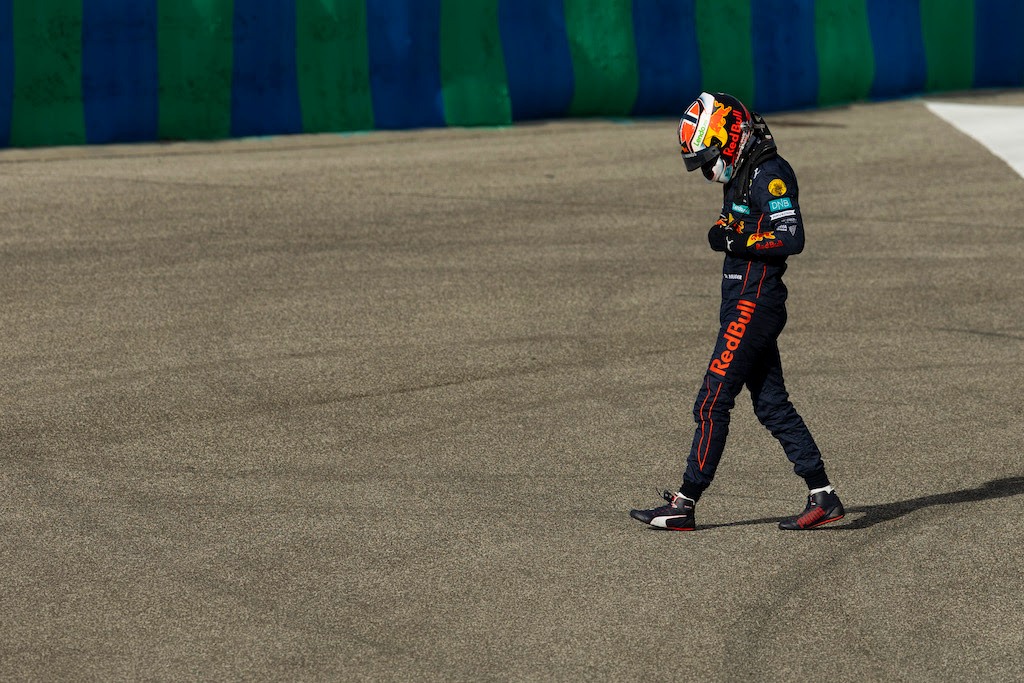 Prema’s Dennis Hauger struggled to 19th in the most recent Formula 2 race at the Hungaroring, and the rookie says he is “feeling a bit lost right now”.

Although the Red Bull junior’s weekend did not start too badly as he qualified eighth, 0.674 seconds off pole but comfortably ahead of his team-mate and a few other regular frontrunners, both races were dire affairs for the Norwegian.

In the Saturday sprint race, Hauger “got some wheelspin” from third on the reversed grid then “went three-wide but [Felipe] Drugovich on the inside went a bit too deep” into turn one and he was sent into a race-ending spin. Hauger did get to the end of Sunday’s feature race, but only after making two pitstops.

“Just a bit of a hopeless one as we struggled on both tyres,” he said. “The start and the first couple of laps weren’t too bad but we couldn’t keep the tyres for some reason.

“I felt I was driving quite safe but couldn’t manage it in the end. Honestly, I’m feeling a bit lost right now, but we have the summer break to try and sort things out. We will really make an effort to try to reset a bit and get back in the rhythm, although it’s been a few hard rounds.”

Since his Baku feature race win, where he pressured then-fellow Red Bull junior Juri Vips into crashing out of the lead, Hauger has only scored once in four rounds. He had climbed up to fifth in the standings, but his now back down to 12th in the points table.