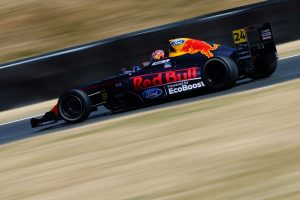 Dennis Hauger and Paavo Tonteri won the first two British Formula 4 races at Snetterton, although it was Seb Priaulx who gathered the most points.

Simmons kept the lead for the first half of the race, as Hauger, Jewiss and Tonteri fought over second.

It was Doohan who became the first to get past Simmons though, but contact between the pair let Hauger and Priaulx through.

Hauger had already got involved in a collision with Jewiss, which put the latter in a spin and sent him to the back of the field.

Priaulz was unable to better Hauger through the rest of the race, leaving the Norwegian to take his fourth victory of the season.

Simmons beat Doohan to third, with Tonteri recovering from an error that dropped him to eighth to finish fifth. Double R team-mate Sebastian Alvarez got his best result of the season in sixth.

Pasma rose from the back to finish eighth, with Josh Skelton and Jamie Sharp completing the top 10. Jewiss finished a distant 12th.

Alvarez and Tonteri started the second race of the day from the front, with Tonteri moving past his team-mate at the start into a lead he would not relinquish.

The win was the first for the Finnish karting graduate, which came with relative ease as second placed man Priaulx failed to apply significant pressure.

Simmons was the only other driver able to keep up with the front two, but ran out of time to beat Priaulx and finished third.

Sharp made a strong start to take fourth at the beginning of the race, but a resurgent charge from the back of the grid bagged Jewiss the position, and minimised the reduction of his championship lead.

Pasma passed Sharp for fifth, before the Sharp Motorsport driver made a mistake and dropped out of the points. To add to his misery he was then forced to retire with two laps to go.

Hauger started the second race from 11th after receiving a grid penalty for driving standards in the first race, and recovered to sixth place. Skelton got some strong points in seventh, ahead of Hoggard, Alvarez and Lucca Allen.