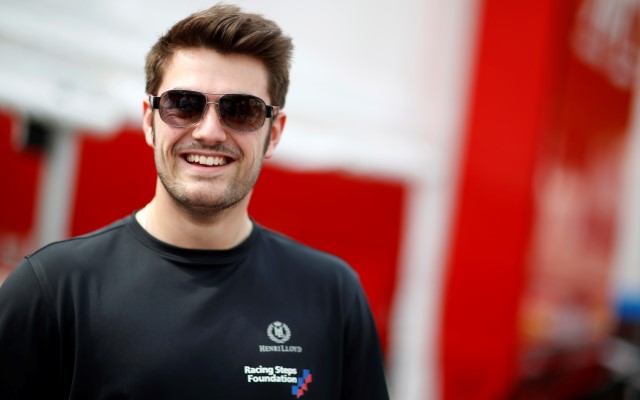 Former British F3 champion Jack Harvey will move to race in the United States next year after signing a deal to compete in Indy Lights.

The Englishman, who finished fifth in GP3 this year, will drive for the Schmidt Peterson Motorsports team in the IndyCar feeder series, with continued backing from the Racing Steps Foundation.

RSF co-ordinator Derek Walters explained the decision for Harvey to switch to US racing.

“The current prospects for talented young drivers to make their way out of the recognised Formula 1 feeder series into F1 itself are just too limited,” said Walters.

“Obviously we could have kept Jack in GP3 for a second year or even moved him up into GP2. But where would he go after that? The seats are just not there for up and coming drivers at present. The RSF’s aim is try to steer our drivers in the direction of drives from which they can progress to become professionals. So, from that point of view, the States is by far the better place to be.

“We’ve placed Jack with a top team. They’ve won the title for a fourth successive season this year with Sage Karam so this is the right place for Jack to make his mark.”

Harvey finished second to Robin Frijns in Formula BMW Europe in 2010 before two years in British F3, which culminated with the title in 2012.

“Everything was looking good for me in Europe and I could certainly have continued to race there but the RSF and I thought there were better opportunities to pursue here in the States,” said Harvey.

“They’ve placed me with a team with a sensational track record of 60 wins and seven titles in total so I couldn’t be more thrilled. I’ve always entertained hopes that one day I’d race in the States and now that dream has come true. The last few weeks have been amazing. The team has made me so welcome. So, right now, I couldn’t be happier. Roll on the start of the season.”

Team owner Sam Schmidt added: “We look for raw talent, wins and championships in a competitive series [like Indy Lights as well as] commitment and maturity. Jack not only checks one of those boxes, he has checked them all.”

It’s a shame that this is what looks like the end of the road for Harvey’s Formula 1 ambitions, but it’s an understandable move from him and the Racing Steps Foundation.

The programme has already funded five seasons of racing for Harvey, and whether he stayed in GP3 for another season or moved up to GP2, it would have taken another two or three years of backing before he could be in a position to move onto F1 – a scenario which would probably not be possible without extra some financial help too.

Despite quick progress through F3 and GP3 and immediately doing well in GP2, it has taken the involvement of Nicolas Todt to get James Calado a foot in the door at an F1 team.

While Harvey is certainly a promising talent, his progress up the ladder has not really been fast enough to warrant more attention than Calado has had, and so breaking into F1 was likely to be hard work. It’s more sensible to switch focus to something else now rather than after spending another few million on the European ladder.

Currently relying on the same faces at the front, IndyCar needs some fresh stars and Harvey’s got the ability to follow Dario Franchitti and go from European hotshot to US champion.

PaddockScout Awards 2013: Championship of the Year

PaddockScout Awards 2013: Race of the Year