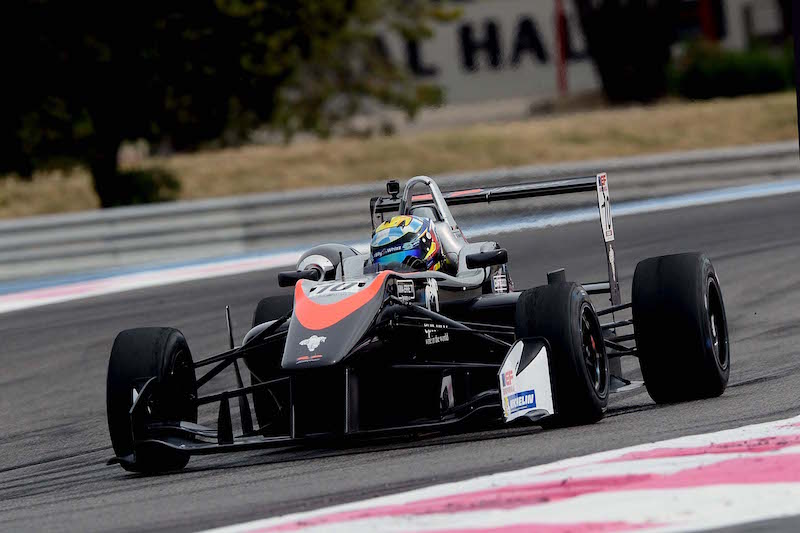 Harrison Scott started the Paul Ricard Euroformula Open round in style with his third pole and fourth win of the season.

The hard work in the race came at the start on the long run to the Verriere left-hander that began the lap, and Scott did enough to defend his lead.

From there he was unchallenged, pulling away before slowing down on the final lap to finish 3.6 seconds up.

Nikita Troitskiy was a lonely second, with a similar gap to Ameya Vaidyanathan in third.

The Indian had started fourth, hounding Jannes Fittje for eight laps before diving down the inside at the Mistral straight chicane to take the final podium spot on the ninth lap of 15.

Scott?s RP Motorsport team-mate Alex Karkosik looked set to take an impressive fifth place before a mistake under pressure at the double apex Beausset corner cost him a place to Eliseo Martinez.

The battles outside the points were the most exciting of the race, with 12th to 14th covered by less than a tenth as they crossed the line for the final time.

Carlin team-mates Tarun Reddy and Devlin DeFrancesco were the only two retirees, with Reddy being eliminated when he swept across Christian Hahn at the start and lost his right-rear wheel while DeFrancesco was fifth when he slowed to a halt on lap four.