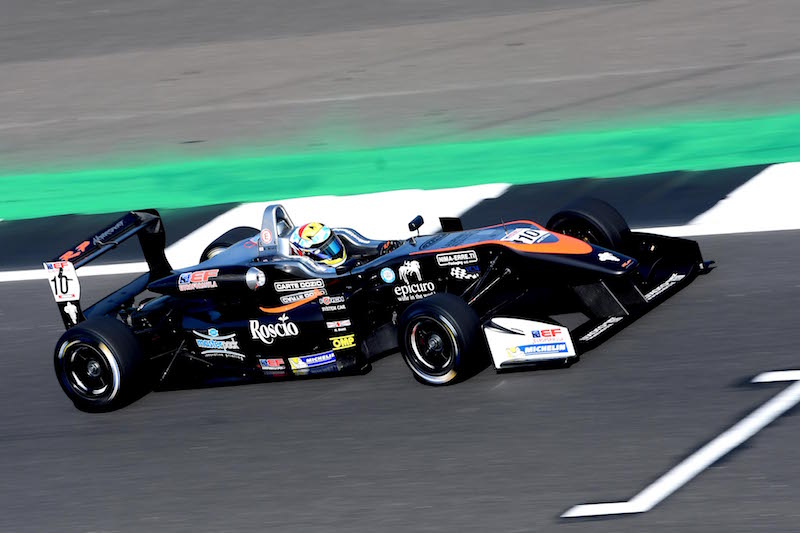 Harrison Scott continued his run of topping every session at Silverstone with a second pole of the weekend in race two qualifying.

The Euroformula Open championship leader was one of the last to set a time during the first runs on scrubbed tyres, and the time he set there was not beaten until the final few minutes of the session.

The Englishman responded immediately when it was, putting in a lap over 1.4 seconds faster than championship rival Nikita Troitskiy.

In the final minute those behind Scott improved, and Carlin?s Devlin DeFrancesco got within 1.1 seconds of the pole-setting time to take the other front row spot.

The ban on tyre warming caught out one driver, with Tarun Reddy being called to the pits for committing the offence and qualifying down in 14th.